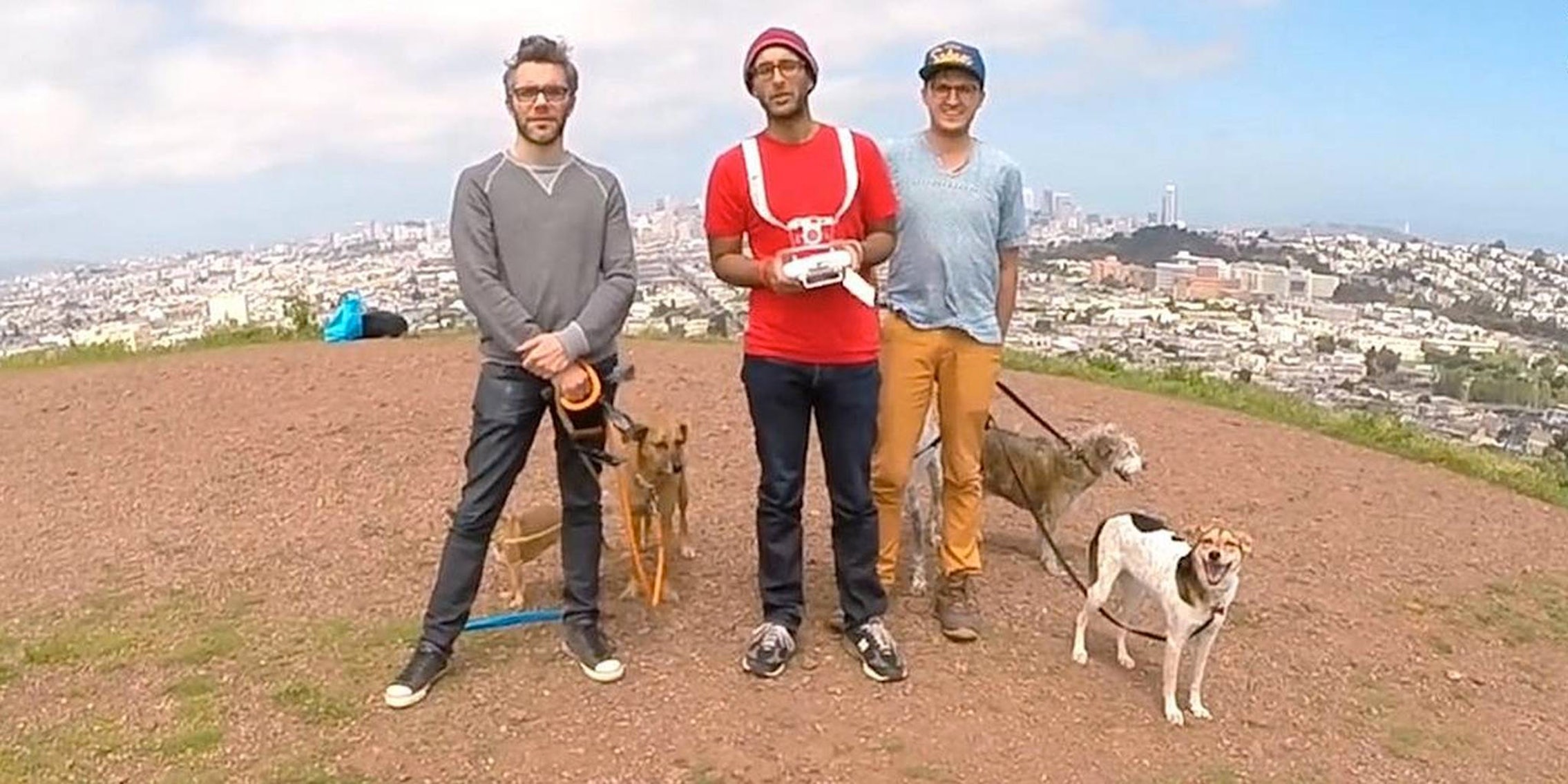 Combine the most menacing and the most innocuous buzzword of the past 10 years. What do you get?

Combine the most menacing and the most innocuous buzzword of the past 10 years. What do you get?

After working on it for a couple of months, this photographer nailed the concept. Check it out.

Don’t feel bad if your selfies aren’t this cool, though. The photographer, Amit Gupta, had a leg up on the rest of us: He’s actually a Silicon Valley entrepreneur who started the company Photojojo.

Costarring in the drone selfie, which was shot on Bernal Hill in San Francisco, are New York Times columnist Nick Bilton, DIY CEO Zach Klein, and their dogs.

Evidence from Gupta’s Instagram account suggests he’s been working on drone selfies since February. Here’s the proof—two videos from February and March.

Nothing against Instagram videos, but you know someone means business when that person uploads content to Vimeo. And this appears to be the case for Gupta, whose caption for the video reads, “we’re working on some stuff to make drone photography easier for anyone to get into!”

Gupta is certainly not the first person to use a remote controlled flying device to capture footage, but juxtaposing the independently popular concepts of drones and selfies has made his video a hit.

The Oxford English Dictionary named “selfie” the word of the year for 2013. “Drone” secured its place in the vernacular over the past decade, since the U.S. government has unleashed a fleet of deadly unmanned aerial vehicles in its War on Terrorism.

If this were the 1990s, we probably would have called Gupta’s creation something like a remote-controlled airplane self-portrait. Not quite as snappy.