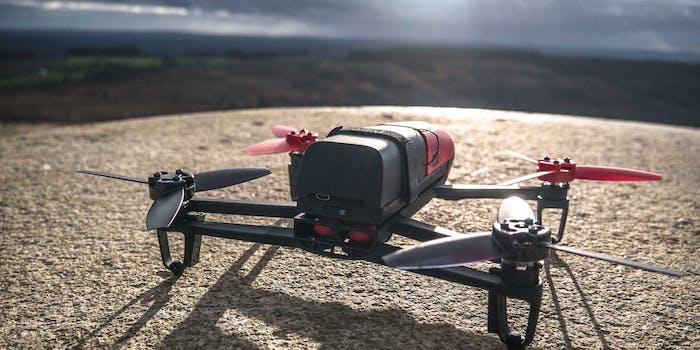 On Tuesday, Democrats in both houses of Congress introduced legislation to seriously address the issue of drone privacy.

Every new technology is preceded by a panic about its implications and followed by a period of adjusting to its effects. In the case of drones, one of the biggest concerns is privacy. The government has been dragging its heels on drone-related airspace reforms, but that may soon change. On Tuesday, Democrats in both houses of Congress introduced legislation to seriously address the issue of drone privacy.

Sen. Ed Markey (D-Mass.) and Rep. Peter Welch (D-Vt.) hope that their bill, the Drone Aircraft Privacy and Transparency Act, can create federal “standards for informing the public about the location, timing and ownership of unmanned aerial vehicles,” according to a statement.

The FAA has slowly addressed more and more aspects of the drone revolution, but Markey and Welch’s bill would instruct it to go much further.

The bill would tighten FAA licensing procedures with bystander privacy in mind, preventing drone owners from obtaining a flight license unless their application “explains who will operate the drone, where the drone will be flown, what kind of data will be collected, how that data will be used, whether the information will be sold to third parties, and the period for which the information will be retained.”

Markey and Welch hope that these “data collection statements” will allow the public to more accurately and comprehensively track how drones are being used in and around their communities.

FAA licensing of amateur flyboys is one thing, but what about law enforcement drone use? The bill covers that too, requiring police and surveillance agencies that use drones to conduct the same “minimization” procedures for deleting incidentally collected data that the NSA is supposed to perform when it eavesdrops.

The FAA has struggled to competently regulate drones. It has made some progressive decisions, such as allowing filmmakers to obtain drone filming permits, but in general, its sparse rulemaking has disappointed both businesses and citizens. Its recently released commercial drone regulations put a stop to Amazon’s plans to deliver packages with UAVs.

“We are entering a Brave New World and just as we have rules of the road for manned vehicles, we now need rules of the sky for unmanned ones,” said Sen. Markey, who serves on the committee that oversees the FAA. “We can have the economic benefits of drones while ensuring the privacy of Americans is protected.”