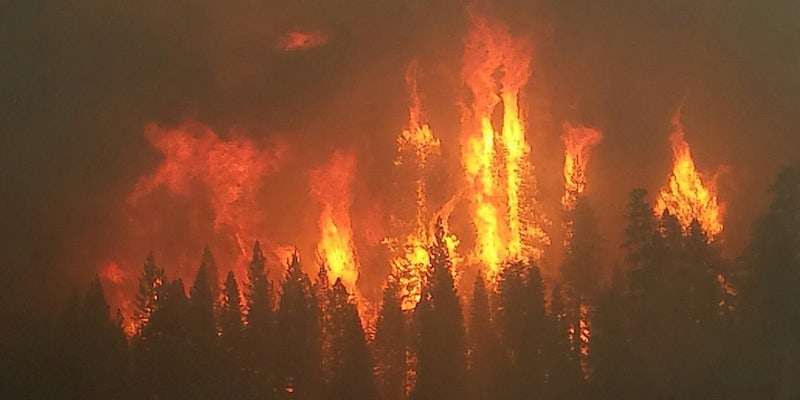 California is offering $75,000 for names of disruptive drone pilots

Interfering with emergency efforts is a big deal.

The drones hindered firefighting efforts while attempting to get a bird’s-eye view of the wildfires raging on a Southern California highway. They endangered the lives of commuters as the fire was bearing down on them, prevented firefighting helicopters from entering the area, and now the state is offering a huge reward for the identities of their pilots.

California is offering a total of $75,000 ($25,000 per incident) for the names of the pilots who flew the quadcopters over the forest fires, which have wreaked havoc in Southern California in recent weeks.

The three fire sites—named the Lake fire, Mill 2 fire, and North fire—were more difficult to control than the average fires their size because the drones delayed helicopters and tankers from approaching the scene.

Drones pose a huge danger to any manned aerial vehicle attempting to fight a forest fire at close range, and state officials said that the pilots of the remote-controlled gadgets—who refused to listen to officials’ pleas to keep their drones grounded—were needlessly endangering lives by flying them.

The pilots might want to turn themselves in to forestall more drastic action: two California state lawmakers are also proposing legislation that would let emergency personnel shoot down drones if needed for rescue efforts.