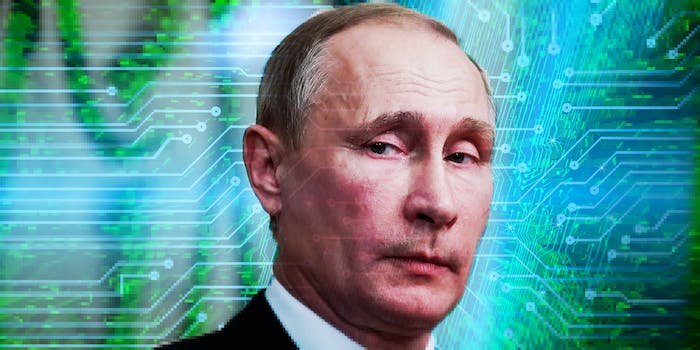 'The Kremlin assumed the Republican nominee was showing himself psychologically unfit to be president.'

Russia temporarily halted its hacking activities because it feared Donald Trump would be replaced on the ticket after his feud with a Muslim-American Gold Star family, according to a Newsweek report released Friday.

When Khizr Khan—the father of Army Capt. Humayun Khan, who was killed in action in 2004—blasted Trump at this summer’s Democratic National Convention, Trump responded by attacking Ghazala Khan, Khizr’s wife. That led to an immediate GOP backlash and to speculation that Trump might be replaced as the Republican nominee.

Trump has denied throughout the campaign that Russia was behind the DNC hack despite U.S. intelligence that says otherwise, but Newsweek‘s Kurt Eichenwald reports that even Russia worried about the tenor of Trump’s campaign.

Trump’s behavior, however, has at times concerned the Russians, leading them to revise their hacking and disinformation strategy. For example, when Trump launched into an inexplicable attack on the parents of a Muslim-American soldier who died in combat, the Kremlin assumed the Republican nominee was showing himself psychologically unfit to be president and would be forced by his party to withdraw from the race. As a result, Moscow put its hacking campaign temporarily on hold, ending the distribution of documents until Trump stabilized, both personally and in the polls, according to reports provided to Western intelligence.

The Newsweek report also has interesting tidbits on how America’s European partners are concerned with Trump’s apparent familiarity with Russia, how it appears Vladimir Putin’s state is manipulating the Trump campaign into disseminating Russian propaganda, and how Russia’s cyberhacking campaign works. Check out the rest of the report here.