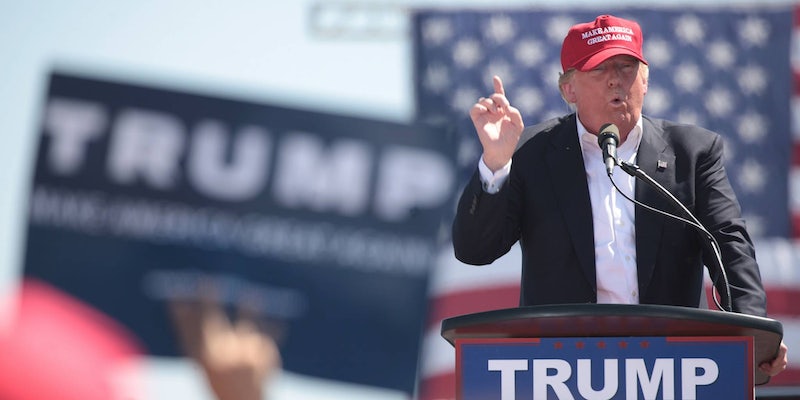 It wasn't even close.

Trump’s wide margin significantly increases his delegate lead. Because of the way New York awards Republican delegates, Trump will walk away with 89 delegates, while Kasich will take three. Cruz will receive zero delegates from New York.

Heading into New York’s vote, Trump, a famous native of the state, led rival Kasich by more than 30 points, according to Real Clear Politics. Cruz, who holds the second most number of delegates after Trump, enjoyed just 18 percent of New Yorkers’ support, on average.

While Trump polled strongly across the state, the number of delegates he will ultimately win largely depends on individual congressional districts.

New York awards only 14 of its 95 delegates on a state-wide level. The remaining 81 are dolled on a per-district level. A candidate who receives 50 percent of the vote or greater in a particular congressional district receives all of the district’s delegates. If Trump had won less than 50 percent support in any district, he would have split the delegates with the runner-up.

A Republican presidential candidate must win 1,237 delegates to secure the nomination. Including New York’s delegates, Trump leads the Republican pack with 845 delegates. Cruz has so far won 559 delegates, while Kasich has 147 delegates.

The New York vote came just one day after Trump accidentally referred to the Sept. 11, 2001, terrorist attacks on the World Trade Center in Manhattan as “7-Eleven” rather than 9/11 during a campaign rally in Buffalo, New York. The gaffe did not hurt his overall support.

Democratic voters in New York also took to the polls on Tuesday, with former Secretary of State Hillary Clinton, who served as a U.S. senator for the state from 2001 to 2009, beating Vermont Sen. Bernie Sanders 57.9 to 42.1, with 98 percent of districts reporting.

Candidates from both parties will next face off on Tuesday, April 26, in Connecticut, Delaware, Maryland, Pennsylvania, and Rhode Island.