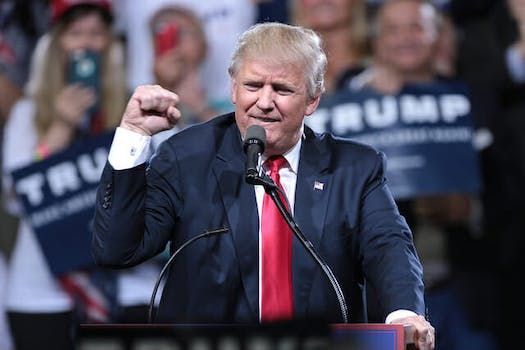 What could go wrong now?

One of the most widely mocked moments of the George W. Bush presidency occurred in 2003 when he stood on the deck of the USS Abraham Lincoln and delivered a speech on the success of the Iraq invasion with a huge “Mission Accomplished” banner placed behind him.

Eight years later, the U.S. was still entangled in the Iraq conflict, and Bush never lived down his statement.

A perfectly executed strike last night. Thank you to France and the United Kingdom for their wisdom and the power of their fine Military. Could not have had a better result. Mission Accomplished!

A phrase indelibly associated with the Iraq War and inaccurate early declarations. Trump ran against the Iraq War https://t.co/mg4U1nGE8v

I think there is a banner he can borrow https://t.co/2eAq1DVuSN

Not surprised he used it as Trump’s entire memory of “Mission Accomplished” is likely, “President looking kick-ass in flight suit”

The last sentence of this tweet likely to cause POTUS some major grief. Has Assad been neutralized? Is his WMD capability neutralized? Are Russia & Iran bugging out? => https://t.co/BuQhGY6uRo

The last time a president used that last line … it did not go well. https://t.co/uQnFv0XZhi

Even Bush’s press secretary cautioned against the use of the term.

Um…I would have recommended ending this tweet with not those two words. https://t.co/h5Fl7kjea6

For the record, Bush regretted being associated with that phrase.

“Clearly, putting a ‘mission accomplished’ on an aircraft carrier was a mistake,” Bush said, via U.S. News and World Report. “It sent the wrong message. We were trying to say something differently but, nevertheless, it conveyed a different message.”

Either Trump doesn’t remember Bush’s “mission accomplished” disaster or he doesn’t care. Regardless, it’s hard to imagine that this will be the last time the U.S. has a military response for Syria, and it’s impossible to imagine that people will forget Trump’s bold proclamation.