The questions are not exactly unbiased.

For those of you who never took a research class in college, a “leading question” is a form of survey question that is designed to trick the participant into responding with exactly the answer the researcher wants.

Say, for instance, Hunt’s ketchup researchers were trying to produce a survey that proved Heinz ketchup is bad. They could write a question like this:

“Last year, 2,000 people choked to death on french fries covered in Heinz ketchup because it does not have the right kind of viscosity to prevent asphyxiation. Hunt’s does. Do you agree Hunt’s is better?”

Since no one is pro-people dying while eating delicious french fries, people respond yes, and boom. Survey says, “100 percent of people think Hunt’s ketchup is better than Heinz.

“Do you believe that contrary to what the media says, raising taxes does not create jobs?”

Incomprehensible syntax aside, by portraying in the very first instance of the sentence that the media is wrong, it lends itself to having people agree with the response Trump wants.

A good researcher, interested in finding out what people really thought, instead of attempting to create an echo chamber, would perhaps write it as something like a two-parter 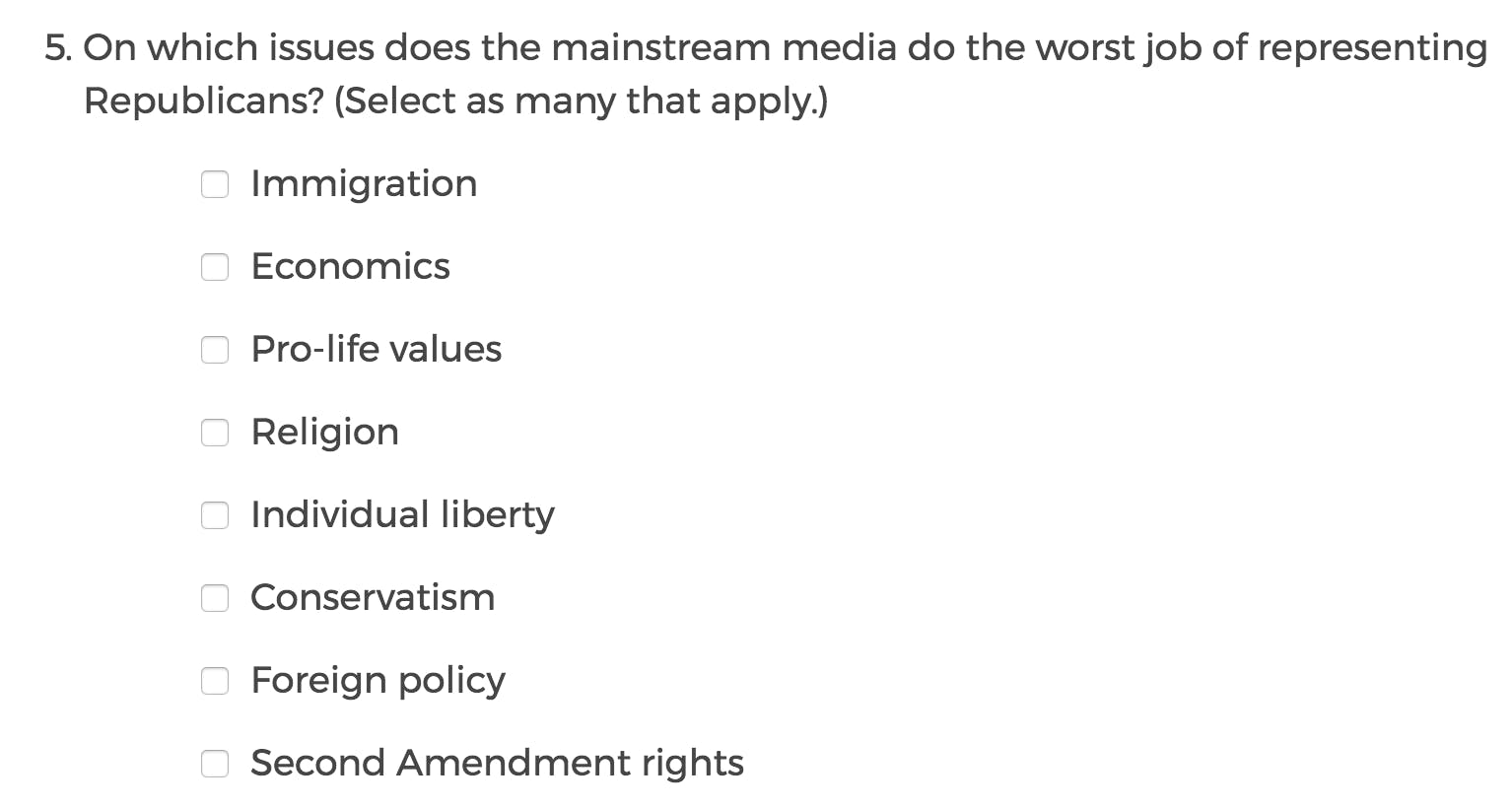 Here’s another from Trump.

“Do you believe that the media wrongly attributes gun violence to Second Amendment rights?”

By including “wrongly” in there, it is conditioning the survey taker.

The survey, which is hosted on the Republican National Committee’s website, comes on the heels of Trump’s press conference, where he said that the media would portray him, regardless of how he performed, as a “ranting and raving” lunatic. It was sent to Trump’s PAC email list, which is likely not an accurate cross-slice of America, but rather people who are already predisposed to believe the mainstream media does not accurately portray the president or his agenda. The survey was also pinned to the top of Reddit’s r/The_Donald, one of the most active and popular pro-Trump communities.

That is not to say that Trump is wrong. He does have some legitimate grievances with how the media handles his presidency, and many media institutions have always had a liberal slant. But nothing will be proved by this survey.

“Do you believe that if Republicans were obstructing Obama like Democrats are doing to President Trump, the mainstream media would attack Republicans?”

That weird past progressive tense implies that president Obama is still in office, that Republicans weren’t obstructionist to Obama when he was president, and that the media didn’t cover it.

He isn’t, they were, and they did.