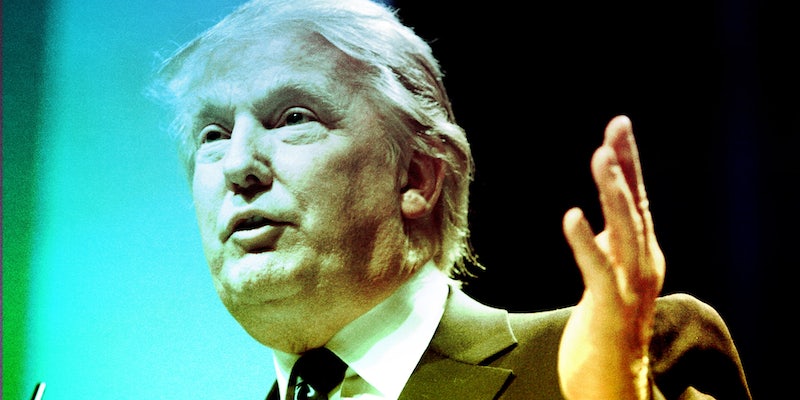 Trump had no comment on his own military service.

If there’s one thing you can say about Donald Trump, it’s that he doesn’t mind attacking his own party members just as much as the political opposition. Today, however, his comments weren’t just directed at a Republican and fellow politician, but a military veteran and former POW.

Speaking at the Family Leadership Summit in Iowa, Trump targeted United States Senator John McCain, alleging that McCain’s popularity stems from the fact that he was a prisoner of war for over five years during his time as a U.S. Navy pilot.

Trump just now on John McCain: "He's a war hero because he was captured. I like people who weren't captured."

Trump’s remarks quickly drew the ire of politicians on both sides of the aisle, including many fellow Republicans.

.@SenJohnMcCain is an American hero & all POW's deserve our nation's highest debt of gratitude. @realDonaldTrump's comments are disgraceful.

Just told a crowd in Sioux City: @SenJohnMcCain is an American hero

Enough with the slanderous attacks. @SenJohnMcCain and all our veterans – particularly POWs have earned our respect and admiration.

In a weak attempt at damage control, Trump later tweeted a vague non-apology that hasn’t seemed to calm the pitchfork-wielding Twitter mob one bit.

Captured or not, all our soldiers are heroes!

As shocking as an attack on a war veteran and POW is, especially coming from a presidential hopeful, Trump’s bashing of McCain is just the latest in a long string of gaffes that include a jab at Jeb Bush’s wife and some decidedly racist remarks about Mexican immigrants.