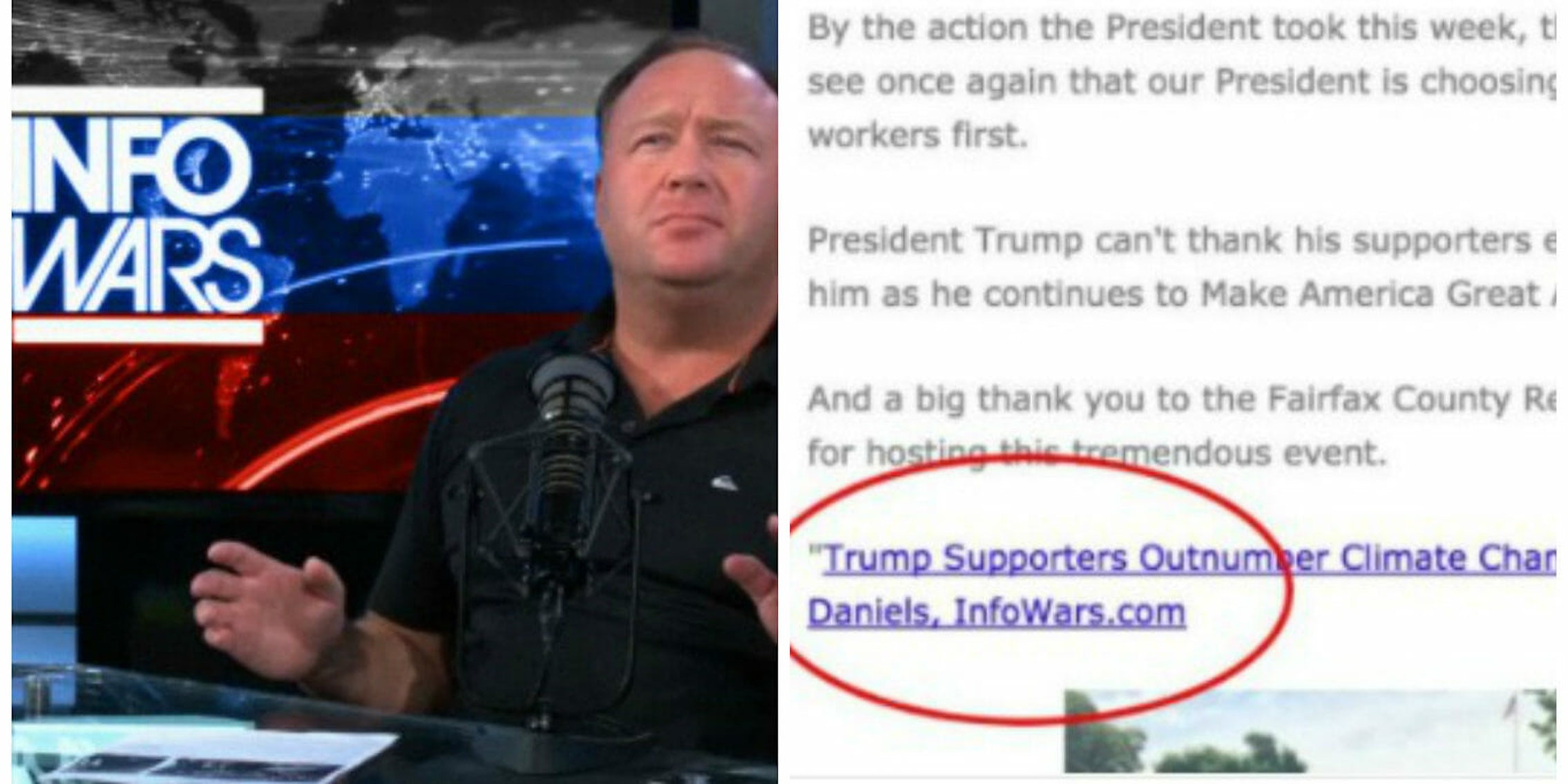 Once again, it's all about crowd size.

The Donald Trump administration and the far-right conspiracy website InfoWars continue to lean heavily on each other.

Less than two weeks after the White House issued a one-day press pass to the Alex Jones-run website that has peddled the Pizzagate conspiracy theory and is reportedly the subject of an FBI probe, the Trump administration sent out an email Saturday linking to an InfoWars article.

Trump campaign just blasted out an email that contains a link to InfoWars pic.twitter.com/yCcJAqMLAf

That InfoWars story purported that “Trump Supporters Outnumber Climate Change Advocates at White House.” So, once again, the Trump administration is concerned about crowd size.

As for the grievances held by at least one InfoWars/Trump supporter against the Paris Climate Accord, well, he’s not entirely sure.

After pulling out of the Paris Accord this past week, Trump also announced a “Pittsburgh, Not Paris” rally for Saturday. Trump, however, was not there with his supporters. Instead …