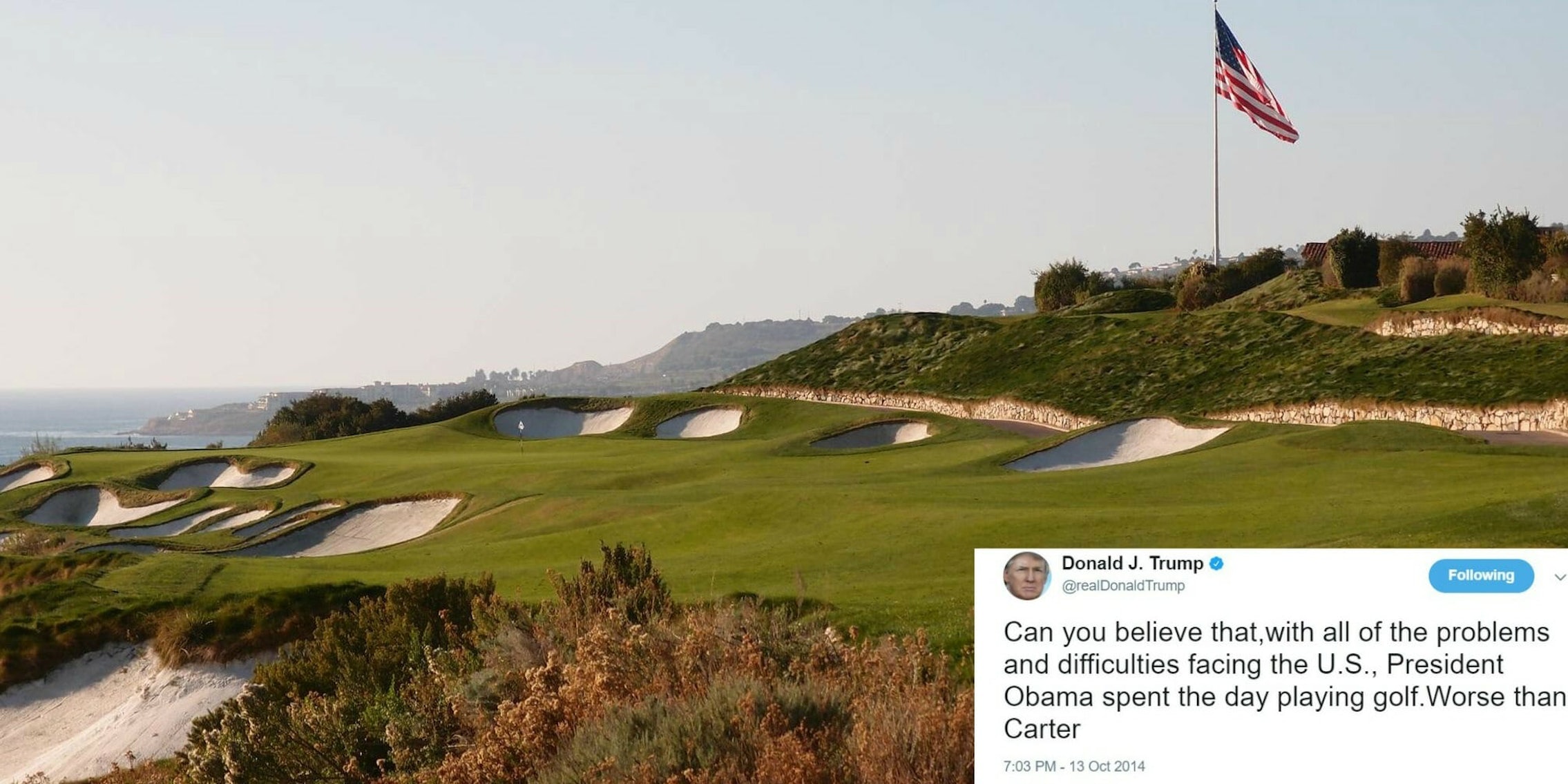 Each trip to a resort costs about $3.7 million.

President Donald Trump has spent 35 of his 165 days in office playing golf—far more than his predecessors, according to reports.

The president’s time on the golf course has been under scrutiny for several reasons, perhaps none more so than because, before taking office, Trump launched regular criticism at former President Barack Obama’s golf habits.

Can you believe that,with all of the problems and difficulties facing the U.S., President Obama spent the day playing golf.Worse than Carter

Now Trump is measured by the same standard by which he measured Obama. Statistics published by the New York Times in April showed he was hitting the course more times in his first few months in office than former Presidents Obama, George W. Bush, and Bill Clinton. As of Tuesday, Trump had spent 21 percent of his presidency at the golf course.

It’s not at all fun and games, some within the White House may argue. Trump has utilized his private resorts to entertain and meet with visiting world leaders, including Japanese Prime Minister Shinzo Abe and China’s President Xi Jinping.

Although the president owns the resorts, it’s actually expensive. The cost to the American taxpayer of these visits became the focus of a bill introduced by California Rep. Ted Lieu, the Stop Waste and Misuse by the President (SWAMP) Act. The document calculated the costs at around $3.7 million per visit. That includes golf cart costs for the Secret Service at $35,185 and $700,000 worth of roundtrip flights for security personnel.

In March, Democratic members of Congress also demanded an investigation into the security protocol, voicing concerns that classified information could be compromised as Trump plays and talks politics.