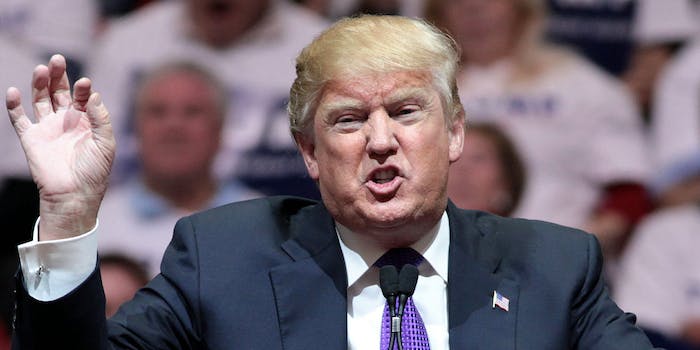 Trump goes after McCabe and Comey.

Less than two days after former FBI Deputy Director Andrew McCabe was fired and a day after Donald Trump’s lawyer said he prayed that would cause the Robert Mueller investigation to end, the president went on an early-morning tweet storm Sunday to complain about McCabe.

First, he called former FBI Director James Comey a liar. Then, with the news that McCabe took memos of his interactions with Trump, he said McCabe was touting his own agenda.

On Saturday night, Trump tweeted, “The Mueller probe should never have been started in that there was no collusion and there was no crime. It was based on fraudulent activities and a Fake Dossier paid for by Crooked Hillary and the DNC, and improperly used in FISA COURT for surveillance of my campaign. WITCH HUNT!”

On Sunday morning, Trump was back on Twitter after apparently watching Fox News.

Spent very little time with Andrew McCabe, but he never took notes when he was with me. I don’t believe he made memos except to help his own agenda, probably at a later date. Same with lying James Comey. Can we call them Fake Memos?

Why does the Mueller team have 13 hardened Democrats, some big Crooked Hillary supporters, and Zero Republicans? Another Dem recently added…does anyone think this is fair? And yet, there is NO COLLUSION!

Of course, just because Trump didn’t physically see McCabe record his time with Trump doesn’t mean it didn’t happen. And Trump still is probably upset that Comey also took memos of his interactions with Trump and because it seems clear that Mueller will (or already does) have access to the notes taken by McCabe and Comey.

McCabe was fired Friday by Attorney General Jeff Sessions because “Mr. McCabe had made an unauthorized disclosure to the news media and lacked candor—including under oath—on multiple occasions.”

Update 12:49pm CT: McCabe’s lawyer has weighed in on the tweets.

We will not be responding to each childish, defamatory, disgusting &
false tweet by the President. The whole truth will come out in due
course. But the tweets confirm that he has corrupted the entire
process that led to Mr. McCabe’s termination and has rendered it
illegitimate.