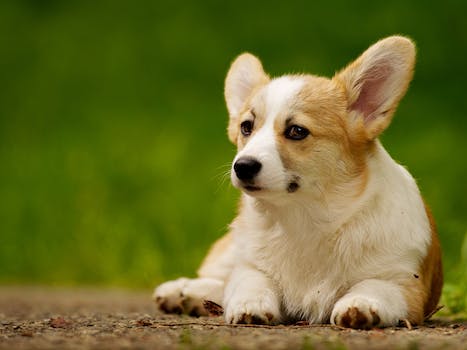 Guy makes his dog do the Donald Trump loyalty salute

Just when you think the 2016 election can’t get any stranger, something comes along and proves you wrong.

Republican presidential frontrunner Donald Trump has begun asking crowds at his campaign rallies to raise their right hands and pledge to support him.

At N.C. campaign rally, @realDonaldTrump asks attendees to follow him in a "pledge" https://t.co/XdJauPCxdM https://t.co/JjNc6gfnUJ

Images of the pledge, viewed in light of Trump’s comments about Muslims and Mexicans, have prompted comparisons to salutes in Nazi Germany—a comparison Trump recently said was “terrible.”

“I don’t know about the Hitler comparison,” Trump told Good Morning America. “I hadn’t heard that, but it’s a terrible comparison. I’m not happy about that certainly.”

The icky feeling the pledge evokes to some people does not appear to have affected Trump’s supporters—including one man at a recent rally who tried to make his dog do it. Yes, his dog. Politico captured the moment in a vine.

Whether the pledge is helping Trump or just generating headlines remains to be seen. Republicans in Michigan, Mississippi, Idaho, and Hawaii will express their preference for their party’s nomination on Tuesday night.

Trump currently leads in at least three of these states by double digits, according to the Real Clear Politics polling averages, though recent polls show that his support may have stalled.

The canine vote, however, remains a wild card.

Photo via evocateur/Flickr (CC BY SA 2.0)