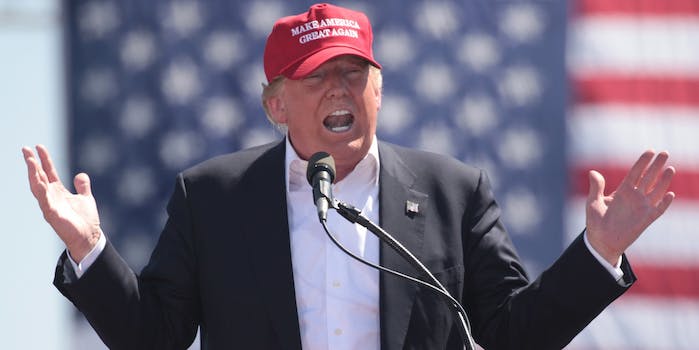 This is what it looks like to run the world in 140 characters or fewer.

On Monday morning, Trump vowed to “terminate” President Barack Obama‘s policy toward Cuba, which opened up diplomatic relations between the United States and the island nation, unless the country’s leadership agrees to a “better deal.”

If Cuba is unwilling to make a better deal for the Cuban people, the Cuban/American people and the U.S. as a whole, I will terminate deal.

Reince Priebus, Trump’s incoming chief of staff, signaled the president-elect planned to push for further concessions from Castro, telling Fox News Sunday, “There’s nothing wrong with talking to people. He’s been willing to talk to anybody, but we’ve got to have a better deal. We’re not going to have a unilateral deal coming from Cuba back to the United States without some changes in their government.” Priebus added that the details of the deal are “to be determined.”

At a September rally in Miami, Trump told the crowd, “Those demands will include religious and political freedom for the Cuban people and the freeing of political prisoners.”

Obama’s efforts to revamp U.S.–Cuba relations began in 2014 and, as New York reports, included a number of incremental measures that allowed for the restoration of diplomatic and travel policies between the two countries.