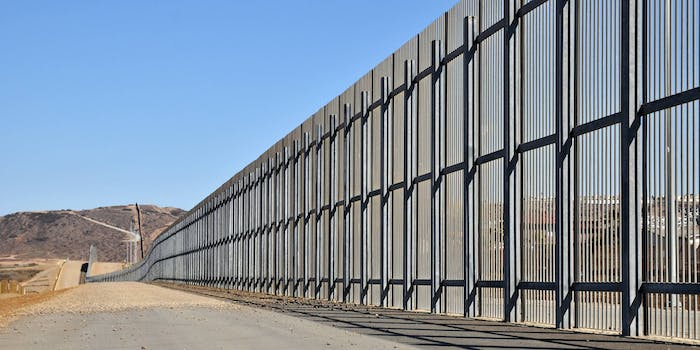 He wants it tall and hard to cut through.

One of President Donald Trump’s biggest campaign promises—and one of his biggest applause lines—during the election was to talk about how he was going to build a border wall and make Mexico pay for it.

We know Mexico won’t be paying for it—and Trump is going to have slash many federal budgets so he can keep that campaign promise—and now, we know how Trump wants it built.

As the Associated Press reports, the administration is asking for contractors to submit a proposal that will include a 30-foot wall that would take at least an hour to cut through. One notice calls for a solid concrete wall, but another requests a see-through structure. Walls must be drilled six feet into the ground and include automated gates for vehicles and pedestrians that would be either 25 or 50 feet high.

As for how difficult it would be to cut through the wall, the notices say it should take at least 60 minutes using a “sledgehammer, car jack, pick axe, chisel, battery operated impact tools, battery operated cutting tools, Oxy/acetylene torch or other similar hand-held tools.”