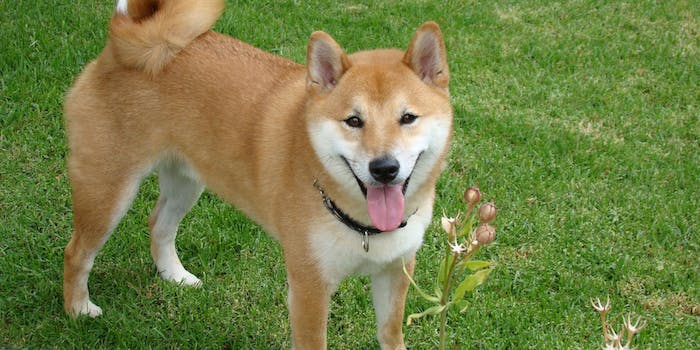 It just got easier to exchange your dogecoins for dollars

Previously, exchange had to be via Bitcoin, but that intermediate step was ripe for scamming.

It’s to the point where aficionados of the meme-themed cryptocurrency will hand out dogecoins to pretty much anyone on the off chance that person will respond, ?Such money. So currency. Wow.” That generosity has led to the seven-week-old Dogecoin becoming, far and away, the most widely traded virtual currency in the world.

It may be pretty easy to pick up some Dogecoin, but, until now, it’s been difficult to convert it into cash. On Wednesday, Canadian electronic currency exchange Vault of Satoshi announced that it will now support Dogecoin, making it far easier to convert the currency into U.S dollars.

Previously, anyone interested in turning their dogecoins into government-backed currency with wider acceptance had to make an individual deal with someone willing to trade for Bitcoin, which could then be exchanged for dollars, Euros, and the like. However, this intermediate step not only made the entire process significantly more onerous, but it also inserted an element of risk.

In an email to the Daily Dot, Reddit user u/goodshibe, who serves as a moderator of the  r/DogecoinScamWatch subreddit, explained how the majority of the scams posted on the forum involve people having their coins taken from them while trying to convert dollars into dogecoins, or vice versa. ?Once … [Dogecoin] gets a direct USD/CAD conversion … in place, many of these kinds of scams will fall away,” u/goodshibe predicted.

This newfound ability to easily and safely convert Dogecoin into dollars could change the nature of how the currency is used. According to BitInfoCharts.com, dogecoins with the equivalent of $212,500,000 USD were traded over the past 24 hours. To give a sense of how ridiculous that transaction volume is, the total value of every dogecoin in existence is only around $60,300,000.

The vast majority of that high volume comes with people freely giving their dogecoins to others—either in coordinated efforts like when doge-lovers donated the equivalent of $30,000 to send the Jamaican bobsled team to the 2014 Winter Olympic Games in Sochi, Russia, or via automated tip bots on Reddit or Twitter.

On one hand, that generosity is undoubtedly related to the fact that a single dogecoin is worth a tiny fraction of a penny, so handing out a few dogecoins takes only slightly more commitment than liking something on Facebook. However, it’s likely also a function of there not being a whole lot of things someone could easily do with a wallet full of dogecoins other than hand them out like candy on Halloween. Now that converting dogecoins into dollars is no more difficult than exchanging any other cryptocurrency, there’s the chance that the community surrounding Dogecoin may come to more closely resemble that of any other cryptocurrency.

Most Dogecoin fans were thrilled by Vault of Satoshi’s announcement. ?All-in-all, this is truly the start of something huge for Dogecoin. And that’s why NOW is the time to capitalize on it,” wrote u/goodshibe in a Reddit post. ?We need to get more outreach efforts off the ground, more charitable responses. I’ll be donating 20,000 DOGE … to BellLetsTalk on Twitter, a campaign to raise awareness for Mental Health. They don’t take Dogecoins, but hopefully, when they see that there’s a decent amount of them coming in, they’ll be amenable to it. Money is money is money, right? Especially now that they can exchange those cryptos on Vault of Satoshi and get their money’s worth.”