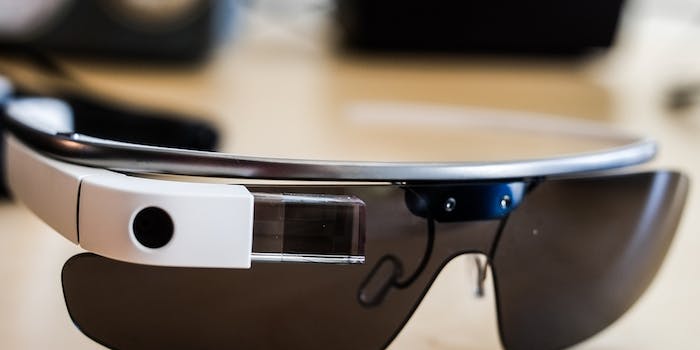 Maybe it's time to stop hating on Google Glass wearers.

People who wear Google Glass, or Glassholes, are among the most stigmatized members of our society: we kick them out of restaurants, we refuse to sleep with them on principle, and when they’re assaulted in bars we respond not with sympathy, but with outright derision.

Well, the next time you see someone wearing Google Glass on the street, instead of rolling your eyes you should probably be nice to them. Because that Glasshole might very well save your life.

Last January Dr. Stephen Horng, a doctor who’d launched a Glass pilot program at Beth Israel Deaconess Medical Center, was operating on a patient whose brain was bleeding, according to the Boston Globe,.

Horng remembered that the patient had told him he was allergic to certain blood pressure medications, which were needed to stop the bleeding. But Horng couldn’t remember which ones. Horng was unable to leave the patient and didn’t have time to flip through his files for his medical history. But because he was wearing Glass, he was able to view the patient’s information on the device and administer the right medication.

One of the first doctors to champion Google Glass usage at Beth Israel (the hospital says it is the first to use the device for everyday medical care), Horng says Glass optimizes his one-on-one interactions with patients: “Rather than having to excuse myself, it means I can quickly access that information without having to interrupt the patient, lose eye contact, or even leave the room,” he told the Boston Globe.

His experience has prompted other doctors in the hospital to integrate Glass into their everyday routines. Starting this week, emergency room doctors at Beth Israel will wear them during shifts, and will use QR codes on the back of patients’ doors to access their medical records (privacy advocates need not worry—patient data is not shared with Google).

So does the fact that Google Glass can be a useful, even potentially lifesaving, medical tool make you hate it a little less? Or will Glass-wearing doctors literally have to find a cure for cancer to erase the stigma associated with one of Google’s most reviled products? That remains to be seen, but at the very least, it’s nice to know that Glass can be used for a purpose other than making people stand far away from you at parties.