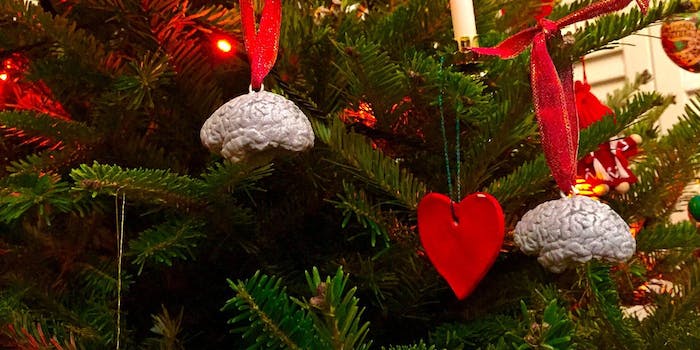 Doctor decorates tree with 3D-printed ornaments of his own brain

Someone's proud of his brain.

Do you compete with your family for the most uniquely decorated Christmas tree? If you do, be glad this London pediatrician isn’t part of the friendly competition—because you’d lose.

According to 3DPrint.com, Christopher Kelly of Great Ormond Street Hospital for Children has 3D-printed ornaments of his own brain by turning an MRI brain scan into a printable model. Kelly explained that he used one of the T1 images from the scan.

“This is one of the most commonly used sequences in an MRI scanner, used for medical diagnosis. To get from a 3D image to a 3D model, I used a free package called FreeSurfer to construct a 3D brain model from the T1 scan,” Kelly told 3DPrint.com. “This takes around half a day to run on a decent computer. Freesurfer can then export the model of the brain as a STL mesh. [It] inspected the mesh and simplified it a little. I used 3DPrintUK to print the model using their fantastic SLS (selective laser sintering) nylon printer.” 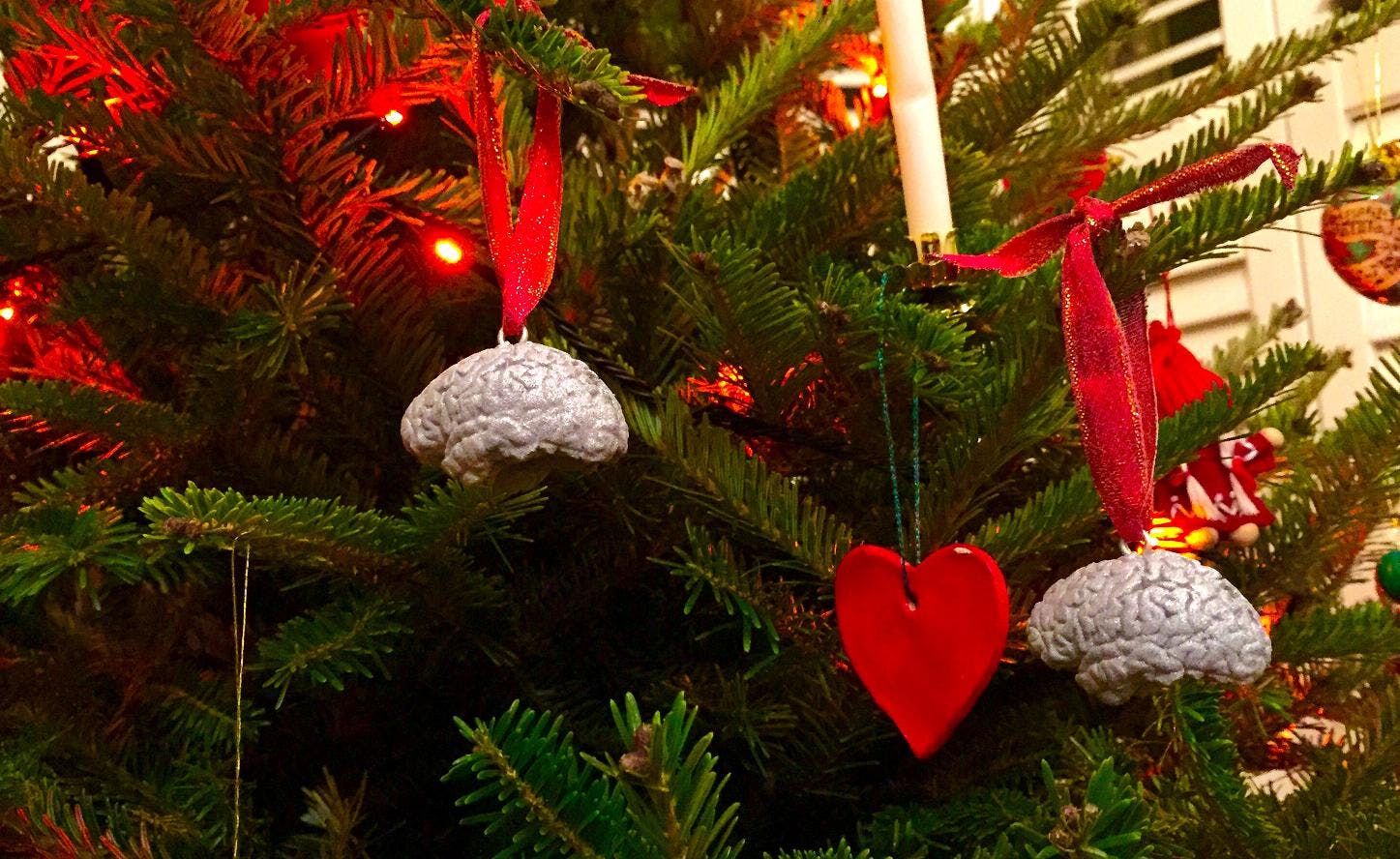 He then printed the ornaments and painted them with a silver plastic spray, making the little brains stand out and look amazing among the other decorations. When asked why he wanted to create these ornaments, he said “It was just a slightly random fun thing to do while working in a brain research department, and my wife loves Christmas decorations! It’s had a bit of a mixed reaction—either ‘cool’ or ‘a bit spooky’!” 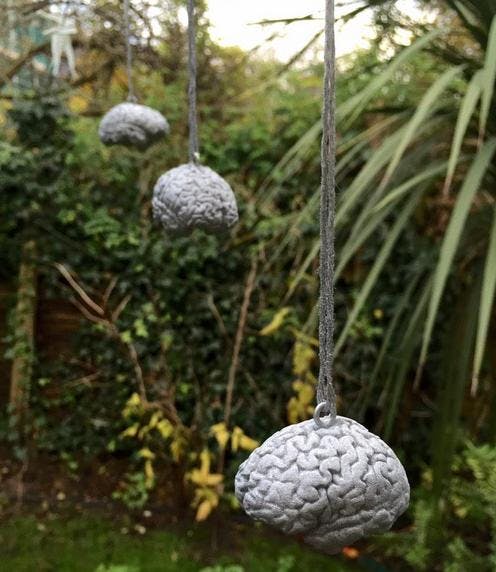 To us, these definitely fall on the cool and perhaps self-obsessed side! You can also see a full size 3D-print of Kelly’s brain over at 3DPrint.com.