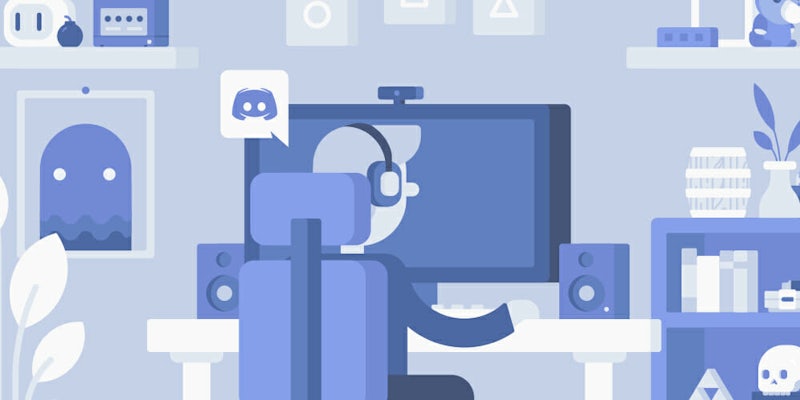 Users of gaming chat app Discord will soon be unable to sue the company, according to an update to its terms of service. News of the change quickly spread online Thursday after Twitter users noticed the alteration on Discord’s website.

“Hey, so apparently Discord decided to quietly update their TOS with a clause that says you must forfeit your right to sue them or take part in a class-action lawsuit,” Twitter user @aeonlamb wrote.

The update comes just one day after Discord announced the launch of its beta gaming marketplace, which features more than 60 games for sale.

In a section of the terms of service titled “Dispute Resolution,” Discord asserts that “most disputes can be resolved without resorting to arbitration.” Any Discord user wishing to raise issue with the company must now provide “notice of the dispute,” which includes “a brief, written description of the dispute, the relief requested and the contact information of the party giving it.”

“The parties agree to use their best efforts to settle any dispute, claim, question, or disagreement directly through consultation with one another, and good faith negotiations shall be a condition to either party initiating a lawsuit or arbitration,” the policy states.

If a dispute cannot be resolved, Discord users must then rely on “binding arbitration,” an alternative form of dispute resolution outside of the court system.

The policy goes into effect on Oct. 23. Those wishing to opt out will have 30 days to send a notice to Discord.

“If you do not opt out via this method, you will be bound to arbitrate disputes in accordance with the terms of these paragraphs,” the provision states. “If you opt out of the provisions requiring arbitration, Discord will not be bound by them either.”

During a discussion on the issue on Discord’s Reddit page, one user stated that the new change would essentially shield the company if, for example, user data was compromised.

“Without the ability to congregate for a class action lawsuit, if Discord ever leaks your data or does something catastrophically bad to a large portion of the population you have no way to representatively sue together without each of you individually suing via the arbitrator,” Reddit user gravityfallsfantastic said.

In a lengthy reply, a Discord employee explained the company’s reasoning while defending its dedication to “user privacy.”

“The reason that there’s a arbitration agreement in our terms of service is that there have been a continuously increasing raft of class actions and firms that look for companies that are susceptible to class actions,” the employee wrote. “When class actions are successful, the lawyers get millions, and each user gets, on average… anywhere from ten cents to a couple dollars.”

Citing examples of “frivolous class actions,” the employee further argued that while such lawsuits can be just, the practice has led to a system where “bottom-feeder lawyers sue just about any company at every opportunity.”

The post still encouraged users to opt out if they felt inclined.

“You won’t be penalized in any way if you do so,” the employee wrote. “You’re exercising a right that you absolutely have the right to exercise.”

Discord did not immediately respond to the Daily Dot’s request for comment.

Companies including credit reporting agency Equifax and cereal-maker General Mills have faced backlash in recent years for introducing similar clauses in their terms of service.