Handy tips that will help you master Deus Ex Go

Deus Ex Go is tearing up the charts with its blend of action and puzzles. Here's what you need to know.

The world of Deus Ex is one of global government conspiracies, Illuminati assassinations, and human beings who sell their soul for robotic enhancements. You know, the sort of light-hearted fare that makes a great mobile puzzle game. Deus Ex GO drops the first-person shooter gameplay of its mobile predecessor Deus Ex: The Fall for an action/puzzle solving hybrid that will tease your brain while you save the world.

Getting started in Deus Ex can be a little confusing. Here are some tips to help you find success on your missions.

Identify your routes before you move

The key to success in Deus Ex GO is knowing your routes before you start running. Human enemies will immediately run towards you if you’re in their line of sight. Taking note of routes and which guards are facing what direction can save your life in a pinch. Enemies can only be killed if you attack them from the side or from behind, so pay careful attention to where they’re looking. 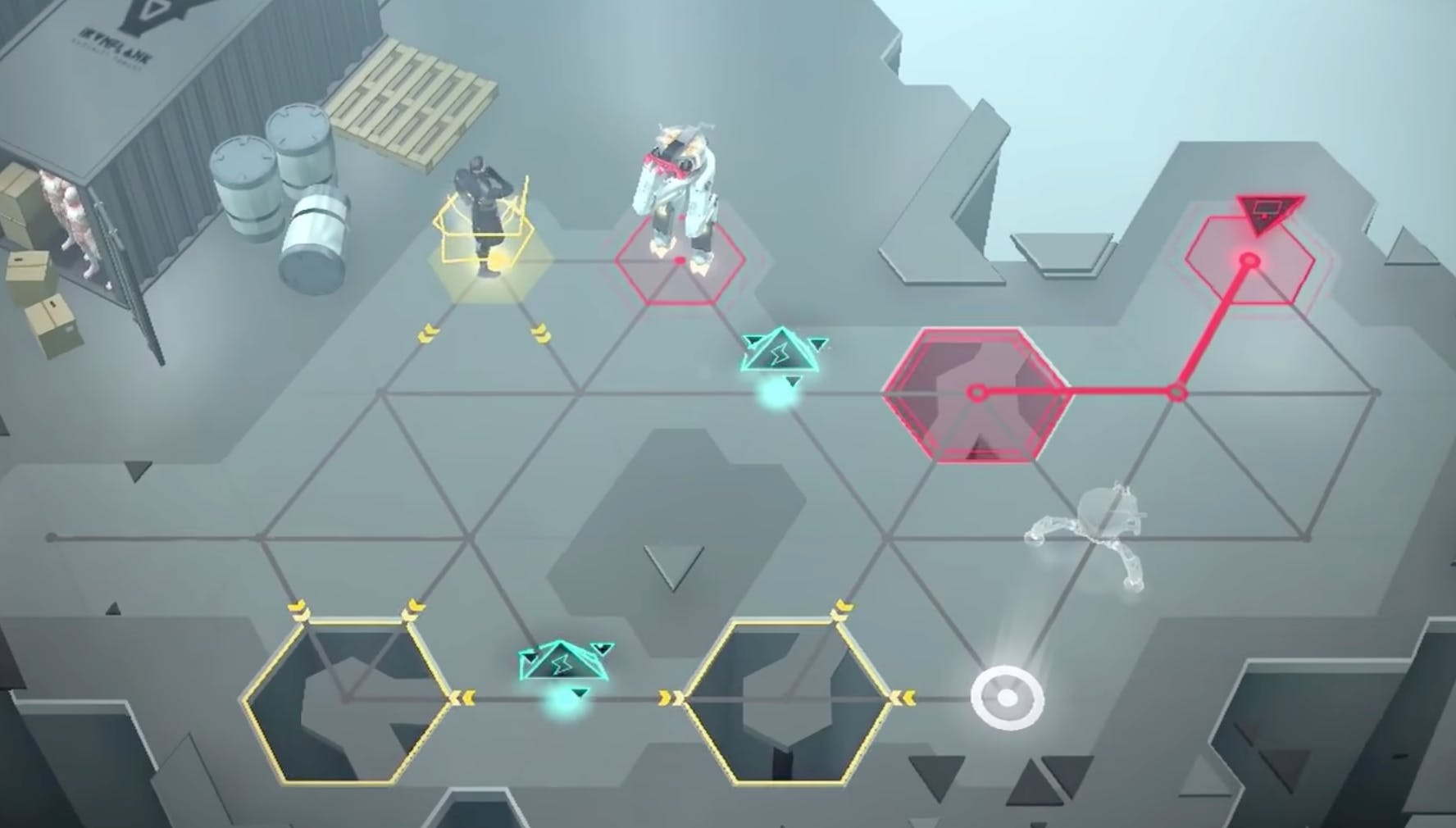 Guards will activate their armor whenever they see you, but once you’re out of their line of sight, they’ll be attackable again. Plotting your route in advance can help keep you from wasting invincibility power-ups and, most importantly, keep you from using too many moves to finish a map.

Don’t kill everybody unless you need to

Going back to your line of sight for one moment, try not to get caught up in your blood lust. Enemies who spot you will run to your last known location. This will allow you to lead them far away from their normal post, or set them up to help you later down the line. Guards, turrets, and robots all block other enemies line of sight. Sometimes it pays to keep a roaming foe alive just so you can sneak past another more powerful enemy who’s just around the corner.

Augments are powerful but limited to one turn

Shortly after beginning the game you’ll be introduced to your cloaking augment, which allows you to turn invisible for exactly one turn. A turn is how long it takes you to move from one node to the next. Make sure to check your place on the map before activating your cloak so you don’t accidentally waste it. How many nodes are between you and that turret or guard? Sometimes it pays to take the long way around to save yourself from danger and get the drop on an enemy. 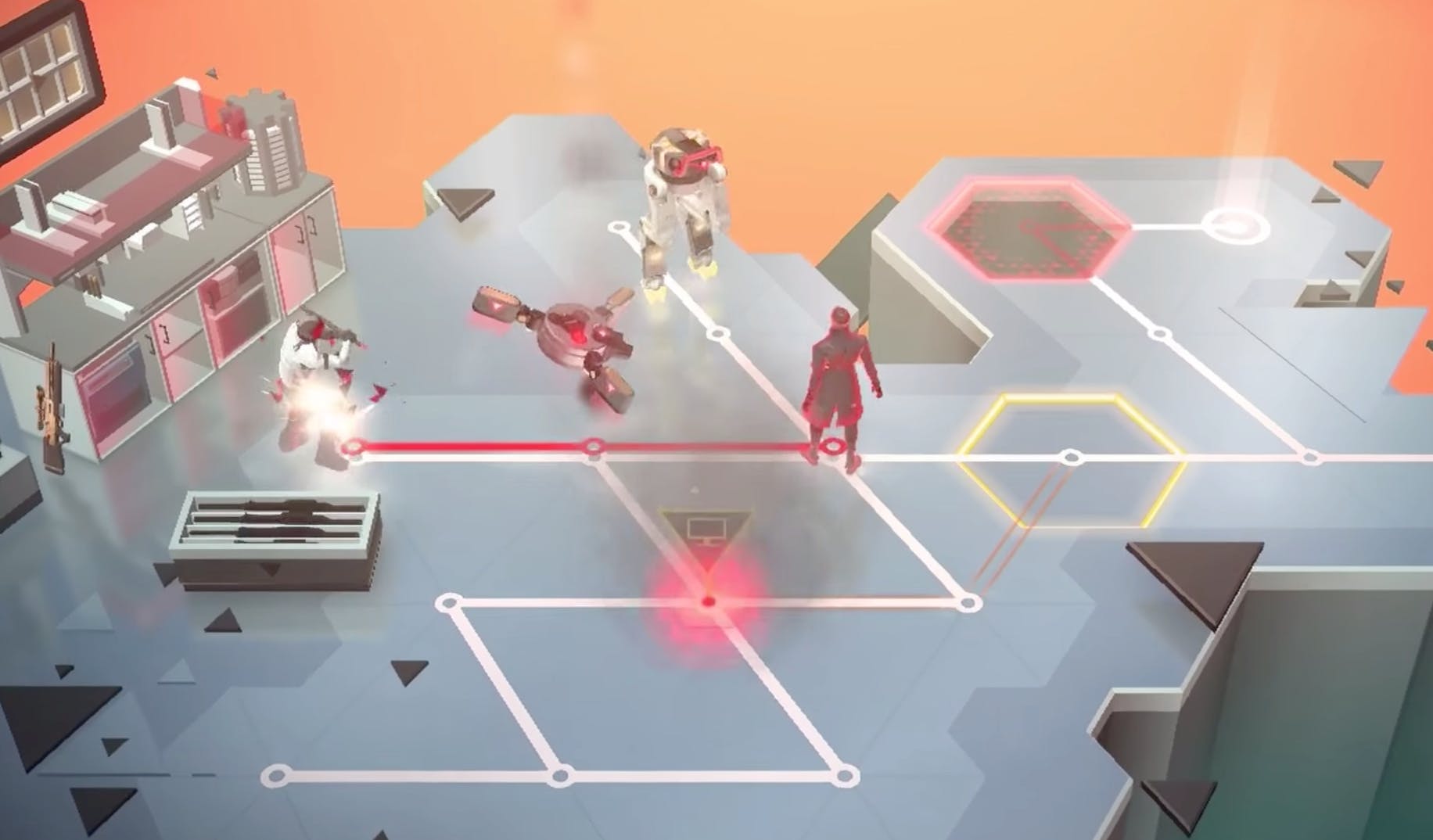 Your supply of augments is limited throughout the game. Don’t end up dead because you couldn’t help but waste some precious cloaking power. By the end of the game you’ll be able to cloak, remotely hack terminals, and launch an EMP. Try to get through every level without using your augments. There’s no penalty for dying, but you might thank your lucky stars later in the game that you saved up some extra juice.

When hacking, don’t cross the wires

One of the interesting aspects of the game’s hacking mechanic is how you navigate around its grid system. Hacking paths are different than walking paths, though if a guard walks past a terminal you’re hacking they can disrupt your connection. However, being tripped up by a guard is the least of your worries when hacking multiple terminals. Hacking connections can’t cross one another, so be sure when plotting your connection from point A to point B that you aren’t inadvertently blocking another connection you’ll need to make further on in the level.

Play smart and you can unlock extras in Deus Ex: Mankind Divided

Every level in Deus Ex Go had a par, a number of moves that you’re rewarded for finishing the level in. Beating a level in the optimal amount of steps gives you a golden ranking. Earn enough of these golden ranks and you’ll be rewarded with a Praxis Kit in the new Xbox One and PS4 Deus Ex game Mankind Divided. 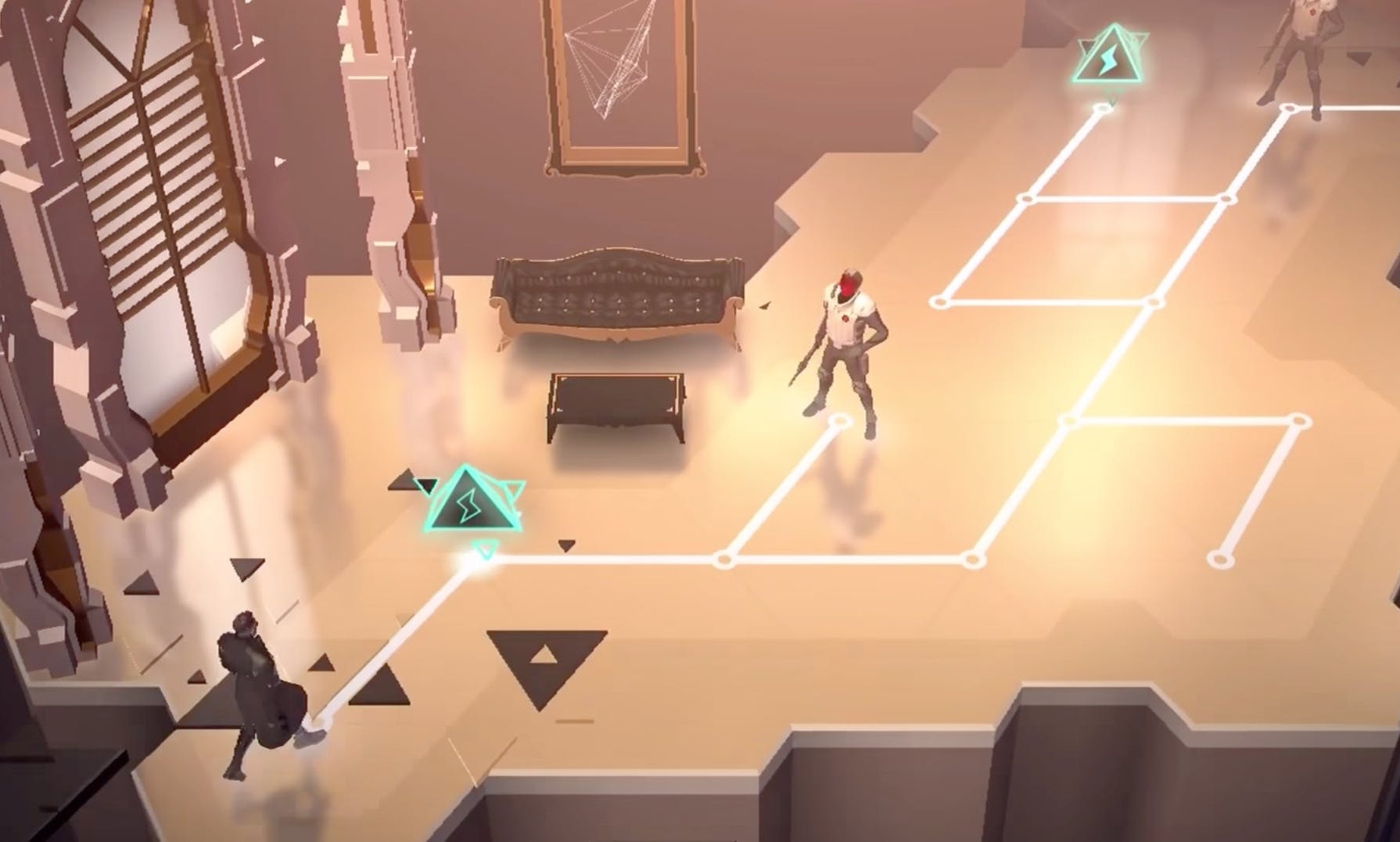 Praxis Kits allow you to upgrade your augmentations in the main game, so for once you won’t be wasting your time when you play a mobile game on the go, you’ll be helping your character in the game you’re playing at home.