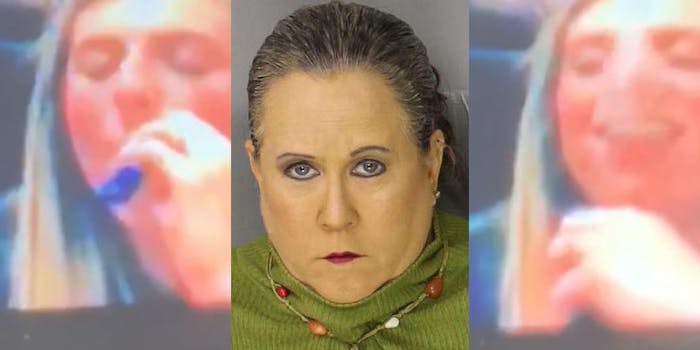 'They clearly did not understand what a deepfake was, but used it as a sensationalized weapon...'

The case against a Pennsylvania mom accused of making deepfakes has begun to fall apart after prosecutors admitted last week that it couldn’t prove the claim.

During a preliminary hearing on Friday, prosecutors backed away from their allegations regarding manipulated media and Raffaela Spone, the 50-year-old woman accused in March of harassing her daughter’s cheerleading rivals by sharing deepfakes of them drinking, vaping, and posing nude.

“While the original assessment that some of the evidence was created by media manipulation may not end up being accurate, a neutral finder of fact will ultimately have the opportunity to determine if the evidence in this case shows Ms. Spone sent photos, videos, and texts designed to harass three innocent children,” said Bucks County District Attorney Matt Weintraub.

But the so-called deepfake video, which appeared to show Hame vaping, immediately spurred skepticism among experts. Although the claim from Hame and police that the footage had been manipulated was widely promoted with little-to-no pushback, an exclusive investigation by the Daily Dot in April uncovered serious issues with the allegations.

Weintraub appeared to suggest in a March press conference regarding Spone, who had been charged with three counts of cyber harassment of a child and one count of harassment, that investigators had come to their conclusions after performing a metadata analysis.

Yet in comments to the Daily Dot, Hilltown Township Police officer Matthew Reiss, who carried out the arrest against Spone, admitted that the department never located the so-called deepfake video.

Instead, just like what was seen on NBC News, investigators merely had a cell phone recording taken by Spone of the vaping video being played on what appeared to be a laptop.

When pressed on how police made their determination that the footage had been manipulated, despite objections from prominent deepfake creators, Reiss told the Daily Dot that he had relied on his “naked eye.”

“The source of where Mrs. Spone came up with that video is still a question,” Reiss said. “And we hope that Mrs. Spone during the course of the preliminary hearing or trial will enlighten us as far as what her source and intent was.”

In the wake of Friday’s preliminary hearing, Spone’s attorney, Robert Birch, has argued that “Weintraub and Reiss should be held accountable” for harming his client’s reputation.

“They clearly did not understand what a deepfake was, but used it as a sensationalized weapon to destroy Mrs. Spone’s reputation,” Birch told the Daily Dot on Monday. “She will forever be known as the ‘Cheer Mom’ or ‘Criminal mastermind’ as some in the media called her.”

Although the deepfake allegations have imploded, prosecutors are convinced they can still charge Spone with harassment and plan to take her to trial.

But Birch argues that prosecutors have failed to present evidence for the other allegations in the case as well—mainly that Spone, among other things, issued death threats against minors.

Prosecutors say Spone harassed the three girls by taking videos and pictures of them drinking and vaping, which the girls posted themselves to social media, and repeatedly sending them to their parents and cheerleading coaches.

As far as the vaping video in question, Birch claims that the footage was not only real, but that Spone’s daughter was with Hame at the time the video was taken.

“Mrs. Spone’s daughter was present at the party where Hame was recording herself vaping for her TikTok account,” Birch added. “The police failed to interview anyone other than taking Hame’s word that ‘that’s not me in the video.'”

A date has not yet been set for Spone’s trial.