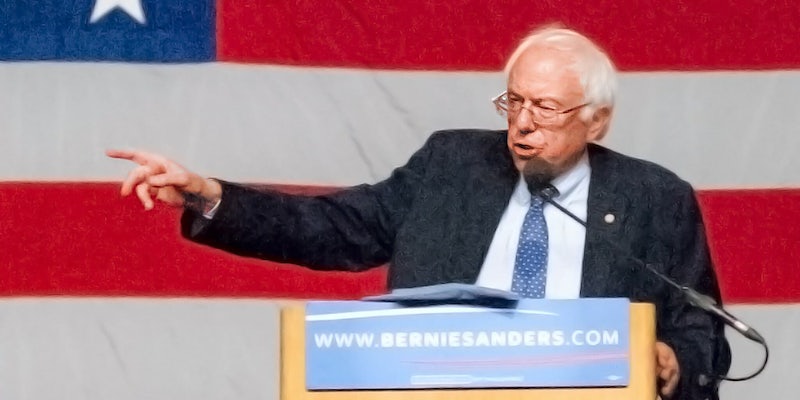 'The American people are sick and tired of hearing about your damn emails!'

“The American people are sick and tired of hearing about your damn emails!”

Sen. Bernie Sanders (I-Vt.) delivered that line to raucous applause and the surprised gratitude of his 2016 campaign rival Hillary Clinton during Tuesday’s Democratic debate when the questions turned to Clinton’s use of a private email server while she was secretary of state.

Sanders argued that the debate should focus on “the real issues facing America” like income inequality.

His line resonated not just with Clinton and the live audience but also online. According to Facebook, it was the biggest moment of the entire debate.

“The middle class in this country is collapsing,” Sanders said. “We have 27 million people living in poverty. We have massive wealth and income inequality. Our trade policies have cost us millions of decent jobs. The American people want to know if we’re going to have a democracy or an oligarchy because of Citizens United. Enough with the emails.”

When debate moderator Anderson Cooper asked Clinton if she wanted to respond, Clinton said, “No.”

The crowd went wild once again.