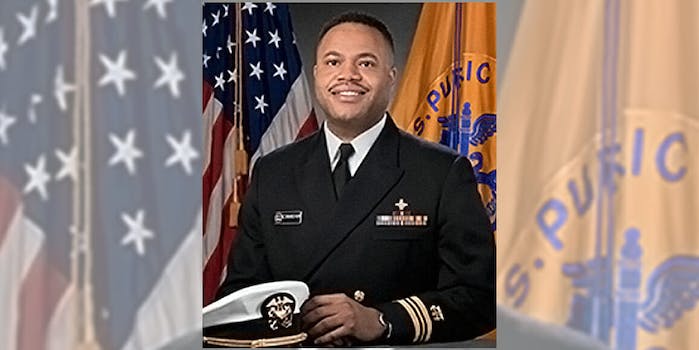 What is the dead doctors conspiracy theory?

Is someone murdering doctors in America in the name of holistic medicine? Not likely.

Early last month, the body of Centers for Disease Control epidemiologist Timothy Cunningham was found in the Chattahoochee River in northwest Atlanta. Cunningham had been missing for seven weeks, and while the circumstances are still unknown, an autopsy showed no signs of foul play.

Despite the mysterious nature of his death, Cunningham’s drowning likely wouldn’t have been more than a blip on local news if not for a long-running conspiracy theory: that a powerful force has spent the last three years killing dozens of holistic doctors and medical researchers who speak out against Big Pharma.

Yet ANOTHER activist fighting for us ALL is found dead. She will not get press coverage, her death will be ruled suicide or a freak accident like the 70+ Holistic DEAD doctors that tried speaking out
Access Hollywood #Survivor https://t.co/rTueEzU8Mp

Its chief proponent is a woman named Erin Elizabeth, who runs a holistic website called Health Nut News. Elizabeth is also the partner of Joseph Mercola, the alternative medicine guru and anti-vaxxer who’s been cautioned multiple times by the FDA for making false claims regarding the “natural” products he sells on his website, Mercola.com.

The connection between Elizabeth and Mercola is an important one, because Elizabeth’s list touches on two aspects common to the alternative medicine community: an undue reverence for “natural healers,” and the propensity to believe unhinged conspiracy theories.

According to Elizabeth, the unfortunate death of Dr. Cunningham marks the 86th “healer” to die under mysterious circumstances. “Some […] were best-selling authors,” Elizabeth writes, who were “regulars in the media and put celebrities into remission from cancer and illnesses.”

So was Cunningham a best-selling author or healer? No, he was a team lead with the Division of Population Health in the CDC, studying how diseases run through vulnerable populations. He’d been on the ground in the aftermath of several disease outbreaks, and was also something of an expert in disease tracking in the Black community.

He was not a holistic doctor or healer. He wasn’t even a practicing physician.

The most often cited reason for Cunningham’s “murder” was that he had blown the whistle on this year’s flu vaccine actually being responsible for the 2017-2018 flu epidemic. But even this isn’t true, coming from one of the worst fake news sites on the internet, and immediately debunked.

So if Cunningham had nothing to do with the flu shot, what motive was there for killing him?

What motive was there for killing ANYONE on Elizabeth’s list?

What even is the Dead Holistic Doctors conspiracy?

To get a sense of these questions, it’s helpful to look at the name that kicked off the “dead holistic doctors” conspiracy: the June 2015 “suicide” of renegade autism researcher James Jeffrey Bradstreet.

Bradstreet was one of the most vocal members of the community believing the discredited notion that vaccines cause autism. He’d also been involved in selling a controversial drug that he claimed could “cure” autism in just a few injections, an experimental blood product called GcMAF.

But the drug had never been investigated as a treatment for autism, and may not have been safe. On June 18, 2015 his clinic in Georgia was raided, and a Swiss newspaper published a story implicating GcMAF in five deaths. Bradstreet drove to North Carolina, and his body was found with a gunshot wound in the chest the next day. The shooting was ruled a suicide, and the gun was found next to his body.

@FBIAtlanta – Let’s play a game. What is common thread in deaths of Trinh Huynh & Timothy Cunningham?

It took Elizabeth just a few days to start connecting what she thought were the dots between Bradstreet, Hedendal, and Sievers, writing on July 1 of three linked “alternative prominent doctors” found dead due to mysterious causes.

But even here, there’s no real connection. The three had different jobs and died of different causes. The only thing that united them was working in medicine. But there are over one million doctors working in the U.S. Statistically, some of them are going to die every week.

Elizabeth’s conspiracy snowballed, with the list increasing to five, then thirteen, then fifty “dead holistic doctors.” But as the list grew bigger, the connections between those on it grew looser.

Many are run-of-the-mill alternative medicine practitioners, such as chiropractors or osteopaths. Others are various MDs with no connection to alternative medicine, including a cardiologist, a pulmonologist, an anesthesiologist, an ophthalmologist, and a dentist. Not all of them actually treated patients, some had been retired for years, and some didn’t even live in the U.S. They had little connection to the pharmaceutical industry or leading edge medical research.

And their causes of death are all over the map, as well. Elizabeth finds every suicide, heart attack, or death from illness being “alleged” or “apparent” or “mysterious”—no matter what local authorities say.

A few, including Theresa Sievers, were murder victims, killed either by their partner or at random. Others died in home, car or plane accidents, all of which are “suspicious” to Elizabeth.

Elizabeth herself never speculates on why these people would be killed—though many commenters on her list pin the blame on “big pharma,” she doesn’t hazard a guess herself and doesn’t actually call the deaths a conspiracy.

But what she does do is fill the list with weasel words like “many have their doubts,” “allegedly died of heart attacks,” and “alleged suicide.” She constantly doubts local authorities and media outlets, disputing every heart attack and suicide, and says one is “most likely a professionally staged murder” without presenting any evidence. She also clearly displays bias, talking at length about how she knew several of the doctors who died, and how wonderful they were.

It didn’t take long for Timothy Cunningham’s name to go on the list of “mysteriously dead holistic healers,” despite his cause of death being known, and him not being a holistic healer. In fact, in the days after Cunningham’s body was found, Elizabeth added three more names to the list.

They are Norman Valdes Cotten, a chiropractor found dead in a burned out car in rural Michigan; “world-famous traditional healer and elder Olivia Arévalo Lomas of the Shipibo Konibo Indigenous people of Peru,” shot dead by a Canadian student who was subsequently lynched; and Richard Caskey, a chiropractor who “(allegedly) had food poisoning” and died in mid-April.

In addition to the CDC scientist Timmothy Cunningham- ANOTHER Holistic Doctor in Michigan is found dead- burned in his car! That makes 87 dead Holistic doctors!… https://t.co/1ClJ15AbDr

What do any of these people have in common? Other than no longer being alive, nothing whatsoever.