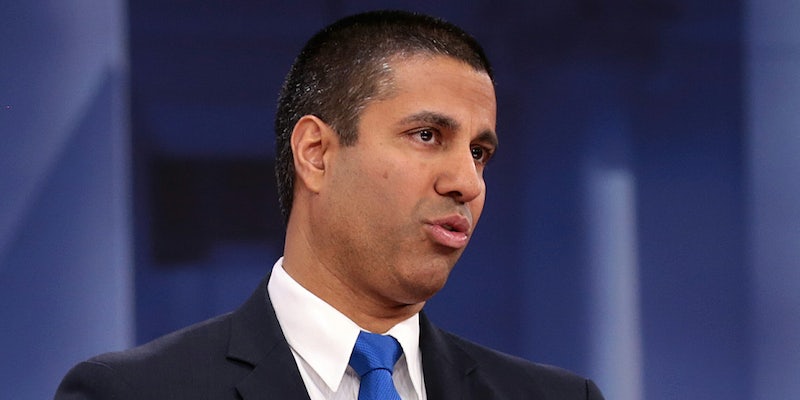 Turns out it was an influx of angry consumers who crashed the website.

As the public riled against the Federal Communications Commission (FCC)’s efforts to eliminate net neutrality, you might remember that the FCC website crashed several times under the mass of website visitors voicing their opposition in the spring. During one of these instances, the FCC claimed that its site crashed not due to the influx of concerned consumers visiting the site, but rather due to a targeted DDoS attack.

As it turns out, that wasn’t the case: the FCC fabricated this story to counter a comedian’s call to action.

“The FCC has been unwilling or unable to produce any evidence an attack occurred… Instead, the agency conducted a quiet campaign to bolster its cyberattack story with the aid of friendly and easily duped reporters, chiefly by spreading word of an earlier cyberattack that its own security staff say never happened.”

On May 7, 2017, the visitors flooded the FCC’s website following an airing of the HBO show Last Week Tonight With John Oliver. In the episode, Oliver urged his viewers to head to the FCC page and voice their support for net neutrality. The comments system crashed, and the FCC blamed a distributed denial-of-service (DDoS) attack for the issue. A similar event happened in 2014, but then-FCC chairman Tom Wheeler said the cause was not an outside attack, but rather the FCC’s outdated website failing under the heavy load.

FCC officials backtracked in 2017, however, saying that the 2014 downtime had been caused by a DDoS attack, as well. FCC Chair Ajit Pai, two other FCC officials, and the organization’s Chief Information Officer David Bray all pushed the story of an outside attack to reporters and the public. There appears to be no evidence of such an attack, and the FCC has failed to even provide proof that an investigation into the cause of these website outages took place.

This incident is troubling because it suggests that government officials are trying to mislead reporters and the public regarding opposition to its actions. Despite a vast amount of public outcry, the FCC’s net neutrality repeal is set to go into effect June 11.