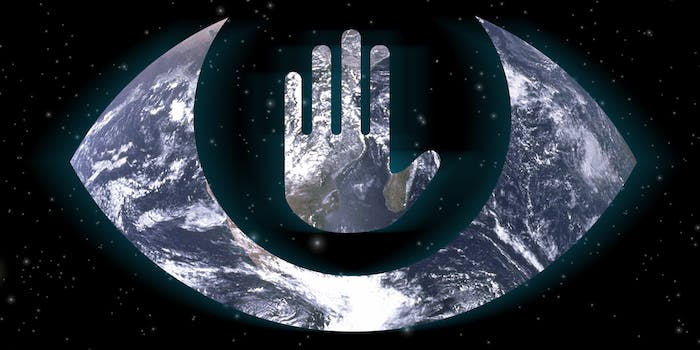 The Day We Fight Back is a global Web protest against mass government surveillance. It’s modeled after the largest Internet protest in history—2012’s fight against the U.S. Stop Online Piracy Act (SOPA)—and scheduled 13 months to the day after Internet activist Aaron Swartz’s tragic suicide. That’s today.

Chances are it’s going to take over your Twitter feed and affect a couple of your favorite websites. Here’s what you should know.

What is the Day We Fight Back?

The protest is a first step toward reform in the wake of former National Security Agency contractor Edward Snowden’s revelations about the U.S. government’s ability to spy on phones and Internet connections worldwide. The surveillance programs protesters find objectionable are propped up by the Foreign Intelligence Surveillance Act (FISA), which allows the government to collect data on a massive scale, and then quickly and easily get court orders to read it.

The Day We Fight Back aims to sway a Congress that finds itself at a crossroads over how—or whether—to reform this system.

To that end, major websites and individual protesters will be blacking out their websites and directing visitors to information and petitions.

A coalition of activist groups and major Web companies, some of whom joined the SOPA protest in 2012.

On the activist side, you’ll see familiar names like the Electronic Frontier Foundation, Demand Progress,  the ACLU, and Fight for the Future.

On the corporate side, Reddit, Mozilla, Tumblr, Upworthy, and the search engine DuckDuckGo are all participating.

You may notice a lack of true tech giants on this list: Companies like Microsoft and Google, who were ordered to share their users’ data under the FISA-based PRISM program. But don’t take that as an indication that these companies support the current online surveillance regime.

Google, Facebook, Yahoo, and others have gone to court to demand they be allowed to tell users how often the government requests data under FISA. They’ve also formed a coalition called Reform Government Surveillance, calling for greater oversight and transparency.

Update: Reform Government Surveillance has joined The Day We Fight Back, although its member companies haven’t blacked out their own sites.

What do they want?

In the short term, the Day We Fight Back is about passing one bill, the USA Freedom Act. Sponsored by Rep. Jim Sensenbrenner (R-Wisc.) and Sen. Patrick Leahy’s (D-Vt.), the bill would end bulk data collection by rewriting section 702 of FISA and changing section 215 of the Patriot Act. It would require data collection to be relevant to a specific investigation or foreign target, rather than collecting data first and asking questions later (or not at all).

Activists don’t feel the Freedom Act addresses every problem with U.S. government surveillance, but passing the bill is a tangible first step in a larger process of surveillance reform. It could prove incremental change is possible and open the floodgates to other campaigns—particularly around international surveillance issues that the Freedom Act doesn’t touch.

Even if Congress can significantly cut back metadata collection, major privacy challenges remain. For example, the NSA has cracked the most common forms of Web and email encryption, leaving the average user’s data exposed.

It’s worked before. The SOPA/PIPA blackout was the gold standard of Web-based protests, reaching millions of users and quickly changing the minds of enough members of Congress to kill the bill. Even Google was eventually convinced to participate.

Every campaign since then has been measured against that very high bar. If The Day We Fight Back can bring in the same big names and big numbers, Congress will be hard pressed to ignore it.

How can I get involved?

First and foremost, you can call or email your representative in Congress in support of the USA Freedom Act. You’ll find call and email buttons on every Day We Fight Back banner and on the protest’s official website.

You can also go one step further and black out your personal website with a banner that links to information and a petition—the Web services company Cloudflare has even made it easy for you.

Will this actually work?

There’s a good chance the campaign will achieve at least its immediate goal. The USA Freedom act has more than 100 cosponsors in the House and Senate It’s not a fringe bill, and it could very well pass.

What happens if it fails?

More than 50 civil liberties groups bashed Feinstein’s bill in a letter last December. ‟The FISA Improvements Act does not offer real reform to stop the NSA’s mass collection of our communications and communications records,” the letter reads. ‟Instead…[it] seeks to entrench some of the worst forms of NSA surveillance into US law and to extend the NSA surveillance programs in unprecedented ways.”

Even if Feinstein’s bill doesn’t pass, a failure for the USA Freedom Act could kill the anti-surveillance movement’s momentum. At the very least, it would put the onus on protesters to continue the conversation and keep Snowden’s leaks in the news cycle.

After President Obama assembled an NSA panel and then disappointed reformers with his recommendations, activists would most likely continue their focus on congressional action.