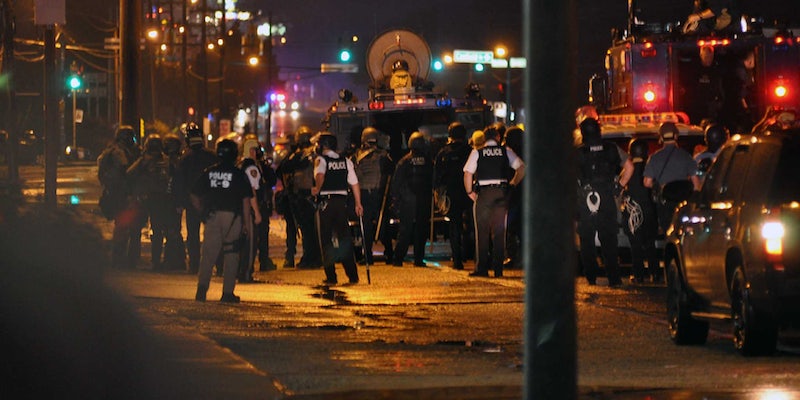 #Ferguson reactions that will zap your faith in humanity

"It's the worst world in the world here tonight"

Warning: Many of these tweets contain offense language.

Surveying Twitter, this is basically the only way to sum it up:

It’s the worst world in the world here tonight

#Ferguson demonstrators say they were helping a woman having a heart attack, police told them to drop her and then fired at them

Y'all know that Darren Wilson finna get off for killing Mike Brown? Or ya too busy watching Love & Hip Hop?

After prosecuting attorney Bob McCulloch blamed the media in his preamble to announcing the verdict:

Mass #chimpout is imminent in #Ferguson.#FergusonRiotTips : if home or business is guarded by tough, armed guys go elsewhere.

I'm pretty sure this guy didn't have to stand trial either. pic.twitter.com/v9wgrRAjzB

In reference to the online crowdfunding campaigns that raised nearly half a million dollars for Wilson:

I guarantee you they'll charge everyone who reacts tonight. #Ferguson

This is the "injury" suffered by Darren Wilson pic.twitter.com/zFxc6TVtAF

Awww….look at the cute little #Ferguson protesters warming themselves by the fire they started…get those kids some smores

So the defense is laying out their argument. Oh, I'm sorry the prosecutor. #Ferguson

.@Reuters Photo: Police form a line in the street under a holiday sign in Ferguson, Missouri pic.twitter.com/Qws7t6KG7D