On Thursday afternoon, hackers accessed the Twitter and email accounts of infamous “playboy” Dan Bilzerian due to a flaw, the attackers say, in AOL customer service.

A professional poker player, Bilzerian is “Instagram famous” for frequently posting pictures of himself with stacks of cash or half-naked women, sometimes both.

The reason hackers chose to access his account, they say, is not because of his antics, but because he happens to be an AOL user.

While Bilzerian’s attackers were able to hijack his Twitter account, which has over 1.3 million followers, they couldn’t get his coveted Instagram account that boasts over 15 million followers, because it wasn’t connected to his AOL email address. 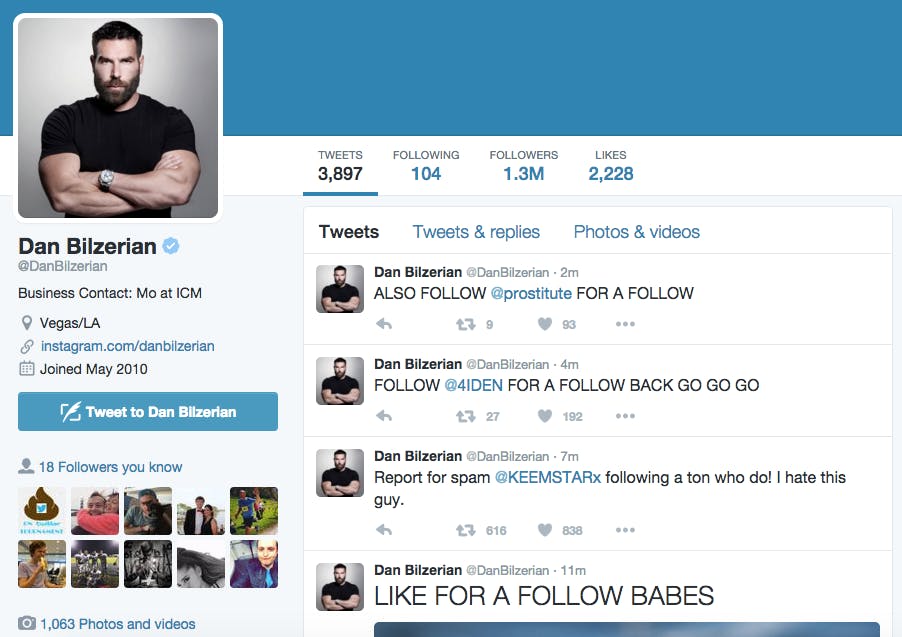 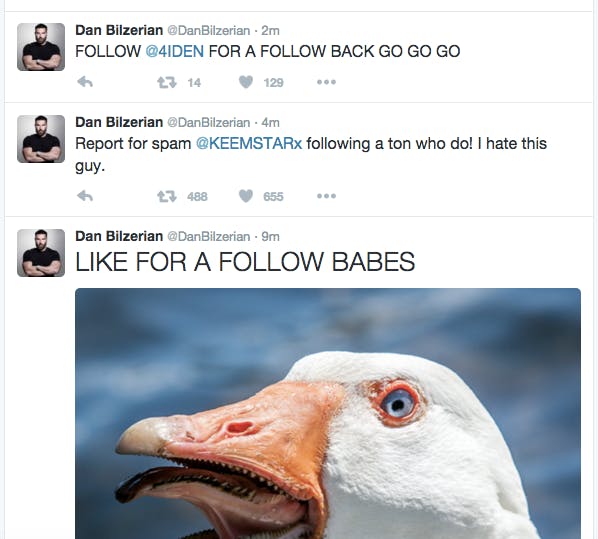 One of Bilzerian’s hackers, who goes by the Twitter username @4iden, told the Daily Dot in a Twitter direct message conversation that he accessed the account by socially engineering AOL customer service—tricking the representative into effectively handing over the account to the hackers.

4iden provided the Daily Dot with screenshots that he claims are of his singed in AOL mailbox and logged-in Twitter profile, respectively. 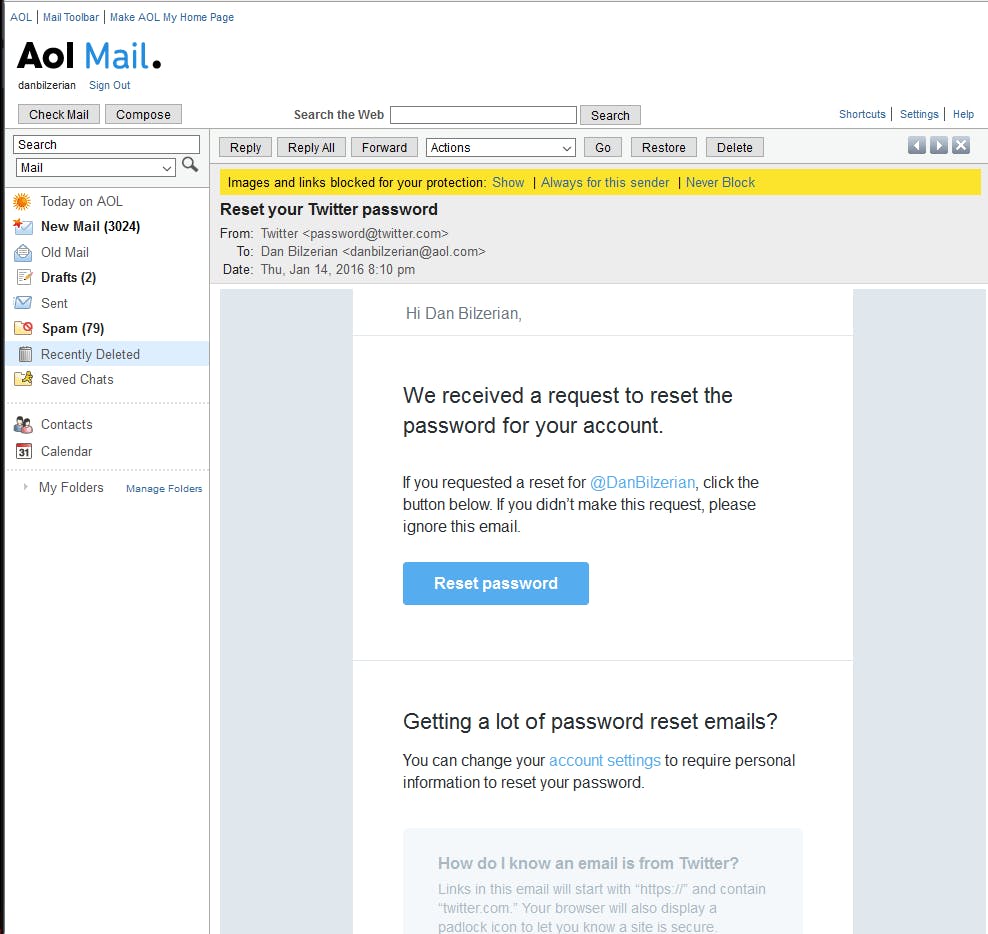 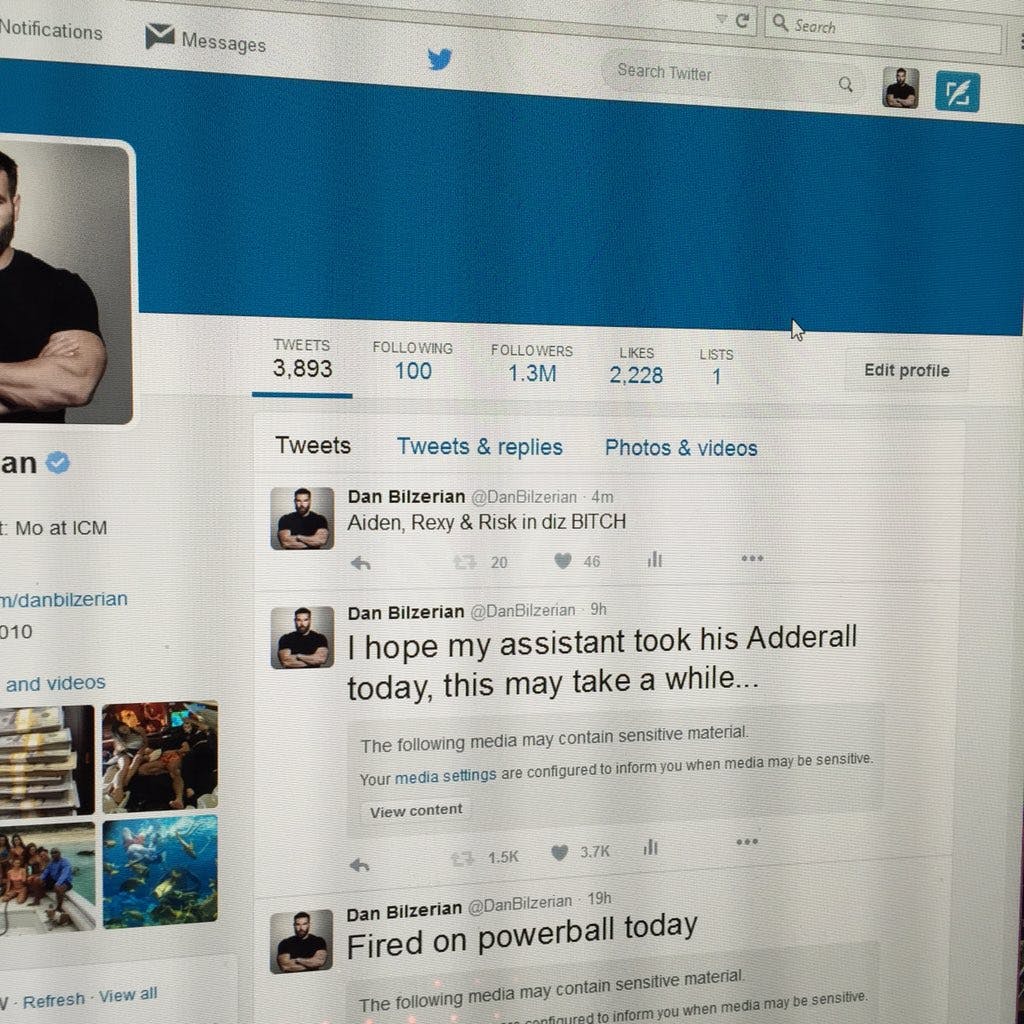 In previous conversations, 4iden said he has used this social-engineering method to highjack other high-profile Twitter accounts, but he wouldn’t expand on his method of attack. “I’m not saying anything,” 4iden said. “I ain’t about to get raped.”

After posting multiple tweets to Bilzerian’s account, 4iden and another hacker turned over control of the account to Call of Duty personality and YouTuber Ricky Banks. Yes, really. 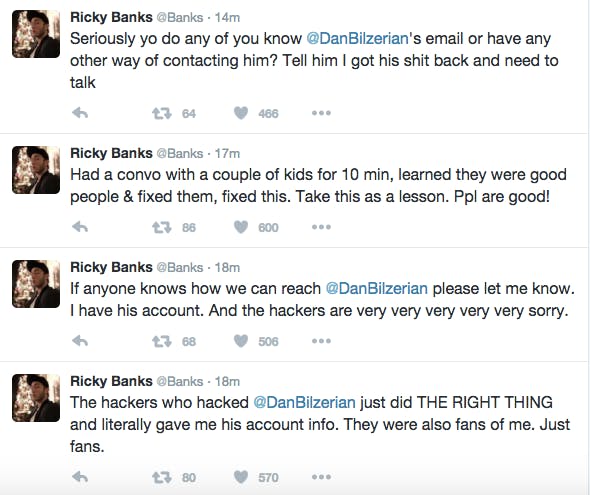 At the time of publication, Bilzerian’s account remains active, but Twitter has locked the hackers out of the account, according to 4iden. The hackers say, however, that they still have control of his AOL email account.