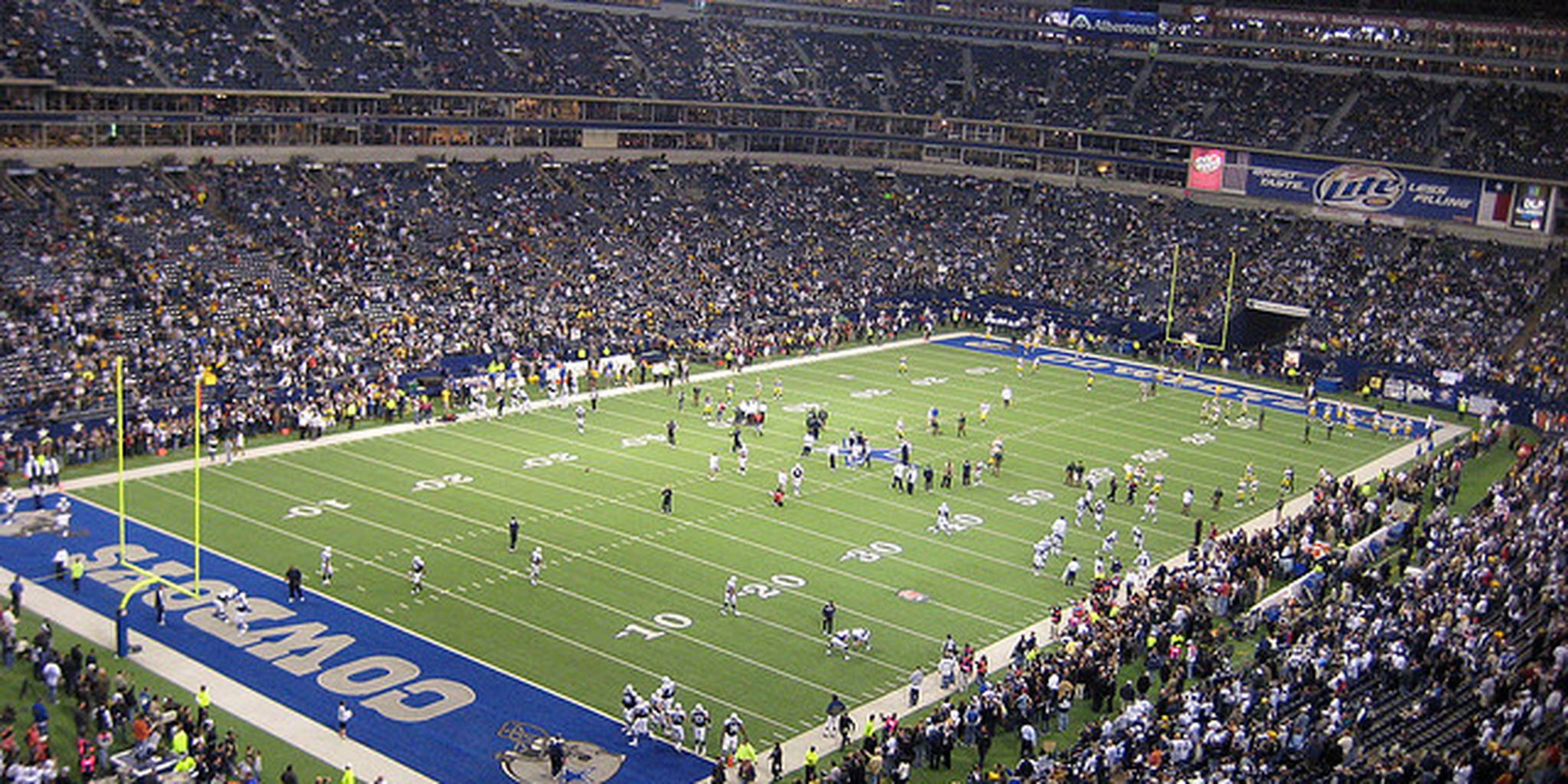 Give the Dallas Cowboys some credit. They're thinking outside the (tackle) box.

A year after making the playoffs in 2014 for the first time in five years, saving coach Jason Garrett’s job and allowing quarterback Tony Romo to finally get some respect, the Dallas Cowboys have been experimenting with some interesting technology this offseason to improve their organization.

Already, the Cowboys have been using drones to film their offseason practices, and now, according to Re/code, the team has signed a two-year deal with StriVR Labs to use its VR headset in order to help train its quarterbacks.

StriVR Labs—described by Re/code as a “virtual reality sports startup”—was developed by a former Stanford kicker named Derek Belch who was doing it as a master’s thesis, and since then, five colleges (Arkansas, Clemson, Vanderbilt, Auburn, and Dartmouth) have signed onto the program. The Cowboys are the first NFL team to do so.

The idea for the Cowboys is that Romo and backup quarterback Brandon Weeden would don the headset, and they could study, from their own perspective, a live-action 3D replay of a practice play. They could also review that play from any other direction or perspective. Re/code writes that StriVR’s technology is not interactive, but “it also aims to make it easier to give both starters and backup quarterbacks more opportunities to learn without needing the whole team on the field.”

And it’s not just for Romo and Weeden. According to ESPN, the team’s linebackers and safeties also will study with the headsets. The technology, of course, will be helpful for those who start, but it also will be a benefit to the backup players, because it would allow them to take a more detailed look at a play in which they weren’t necessarily participating. ESPN writes that the Atlanta Falcons also are looking into the StriVR Labs technology.

As for why the team is using technology like this, Garrett said earlier this offseason regarding the practice-time drones: “It’s interesting because it gives you the chance from behind to see all 11 guys on offense and all 11 guys on defense but from a closer angle. Oftentimes you have to kind of pull yourself away to get the all-22 shot. This allows you to get a little closer so you can coach better. You can see hand placement. You see where they have their feet, where they have their eyes. I think that’s important. You can look at that and coach them better being that much closer to the action.”

Belch showcased his technology to 11 NFL teams at the league’s scouting combine in Indianapolis in February, and he won over some skeptics.

As one NFL QB coach told Foxsports’ Bruce Feldman, “I was expecting something kinda cheesy, like video-game quality, and right when I was about to write them off, they put the headset on you and shoot, it’s real.”

Photo via grantlairdjr/Flickr (CC BY 2.0)