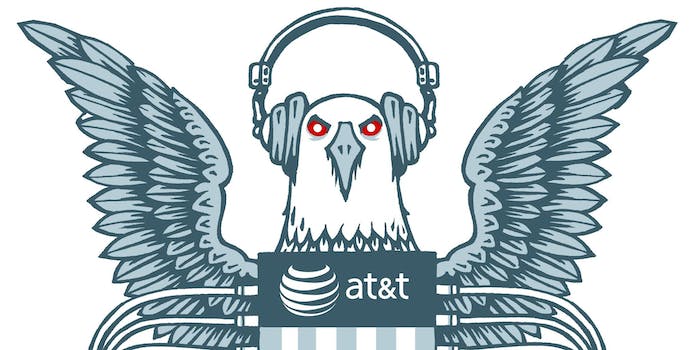 Edward Snowden’s disclosures about the NSA raised all sorts of privacy concerns, but a new report suggests that the NSA’s hunt for terrorists has also caught the U.S. economy in the crossfire.

The New America Foundation, a nonpartisan think tank, released a report on Tuesday entitled “Surveillance Costs: The NSA’s Impact on the Economy, Internet Freedom & Cybersecurity,” which outlines the economic pitfalls of the NSA’s largely unimpeded quest to vacuum up all the information that is being generated online.

“Emerging evidence about the NSA’s extensive surveillance apparatus has already hurt and will likely continue to hurt the American tech sector in a number of ways,” the report argues. It cites a comment by Representative Bob Goodlatte (R-VA), a member of the House Judiciary Committee, who relayed the concerns of American businesses in the wake of Snowden’s NSA disclosures.

These companies, Goodlatte said, “have experienced backlash from both American and foreign consumers and have had their competitive standing in the global marketplace damaged.”

The backlash Goodlatte refers to has affected everyone from Google, with its consumer email service ripe for NSA plundering, to Cisco, which manufactures enterprise networking equipment that the NSA seeks to exploit.

American consumer service providers and enterprise hardware manufacturers aren’t the only ones feeling the NSA effect. Cloud storage companies based in the U.S. are also expected to suffer sales losses in the wake of the Snowden leaks. The NAF report cites a January study from the Vancouver-based cloud hosting company PEER, in which 25 percent of the 300 British and Canadian companies surveyed said that they were terminating contracts with American data hosting services.

Last August, the Information Technology and Innovation Foundation released an estimate of the cloud computing sector’s short-term losses in the international market. It arrived at a range of between $22 and $35 billion over the next three years. However, the ITIF did not take into account the shifting use patterns of American consumers, suggesting that the actual figure could be much higher. James Staten, an analyst with Forrester Research, calculated that the global IT services industry could lose as much as $180 billion over the next three years, although this figure includes losses for foreign IT companies.

The report’s analysis of fallout from the NSA revelations also covers the political and security consequences of the agency’s broad surveillance measures. Given American politicians’ fixation on creating jobs, however, the economic costs may be more of a catalyst for NSA reform in Congress.

Illustration via EFF/Flickr (CC BY 2.0)