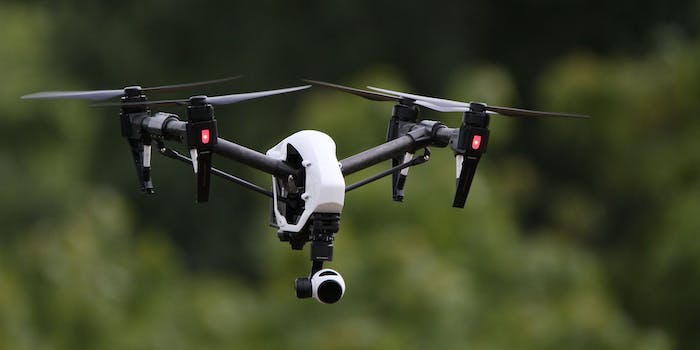 The original bill wasn't supposed to allow this.

Lawmakers in the state of Connecticut have approved a bill through the judiciary committee which would allow police departments to use lethally-armed drones, capable of firing bullets from mid-air. It’s hugely controversial, and it could pave the way for Connecticut to become the first state to make use of live-ammunition armed police drones. The bill still awaits votes in the state’s House and Senate, where it will be met with further scrutiny.

The use of drones by police departments is already allowed in Connecticut, but equipping them with lethal weapons would be setting a striking new precedent. Weaponized drones are currently in use by police departments in North Dakota, but not with lethal armaments—the North Dakota law only allows for “less than lethal” arms like rubber bullets, stun grenades, and tasers (although such things can sometimes cause fatal or grievous injuries).

The Connecticut bill is actually designed to prohibit the use of guns attached to drones, but it was amended in committee to exempt police departments, thus tacitly enabling their use by law enforcement. In other words, a bill that was initially intended to prevent drones from being equipped with guns may now function as a backdoor for the police to do just that.

Connecticut wants to make weaponized drones for cops a thing in the near future: https://t.co/iAlDpVyRCQ pic.twitter.com/yZ2n3WXLwd

Obviously, this is for very limited circumstances. We can certainly envision some incident on some campus or someplace where someone is a rogue shooter or someone was kidnapped and you try to blow out a tire.

Conversely, as CBS News reports, representatives of both the NAACP and ACLU have voiced dire concern about the potential abuses of armed drones. Scot X. Esdaile of the NAACP’s Connecticut chapter cited “huge concerns that they would use this new technology to abuse our communities,” while the executive director of the Connecticut ACLU, David McGuire, said, “We would be setting a dangerous precedent. It is really concerning and outrageous that that’s being considered in our state legislature. Lethal force raises this to a level of real heightened concern.”

So far, three Connecticut counties are already using drones, although obviously not ones armed with guns. The bill will be headed for debate in the state House of Representatives next, and if passed, it would then go before the state Senate.