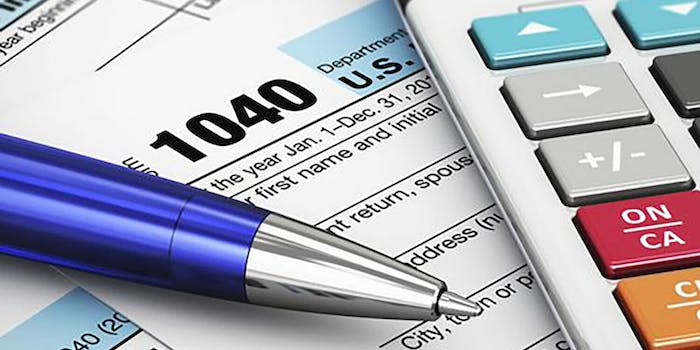 The bipartisan bill comes after years of lobbying from the tax preparation industry.

Congress is preparing to ban the IRS from creating a free electronic filing system for taxpayers after years of lobbying from the tax preparation industry, ProPublica reports.

Known as the Taxpayer First Act, the bill would effectively keep the IRS from ever being able to offer its own online tax filing system.

ProPublica notes that companies such as Intuit, the maker of TurboTax, and H&R Block have lobbied Congress for years to keep the IRS from encroaching on its industry.

“Intuit and H&R Block last year poured a combined $6.6 million into lobbying related to the IRS filing deal and other issues,” ProPublica notes.

Rep. Richard Neal (D-Mass.), head of the House Ways and Means Committee, also received $16,000 in contributions from the two companies during the last two election seasons.

The IRS made an agreement in 2002 with the tax preparation industry that it would not develop its own filing system so long as any American making less than $66,000 annually could file for free.

According to the Taxpayer Advocate Service, around 70% of taxpayers are actually eligible to file their taxes for free online through the IRS, but only 3% do.

The passage of the Taxpayer First Act would essentially make the agreement permanent. Mandi Matlock, a tax attorney with the National Consumer Law Center, argues the legislation will ensure that the tax system remains cumbersome indefinitely.

“This could be a disaster. It could be the final nail in the coffin of the idea of the IRS ever being able to create its own program,” Matlock said.

ProPublica also adds that an IRS-led tax system could even evolve to the point where Americans no longer have to file taxes at all but are simply provided “pre-filled tax forms containing the salary data the agency already has.”