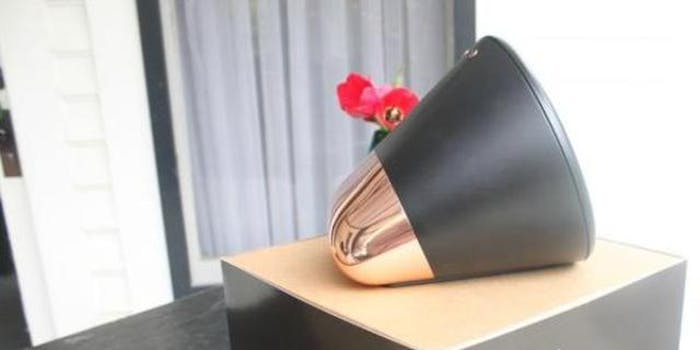 Meet Cone, the music-playing device that knows just what you want to hear

The latest piece of predictive tech in the growing market of things that know what you want.

On Friday afternoon, in a shaded nook of Austin’s Hotel Saint Cecilia, roughly a dozen people stood around a small black and copper speaker and watched as it “learned” what kind of music you want to hear. It’s called Cone, and it’s the latest piece of predictive tech in the growing market of things that know what you want.

Duncan Lamb, chief product officer at Aether, the San Francisco-based company launching Cone, demoed the device to give a bit of insight into its adaptive, algorithm-powered learning curve. He turned on the small speaker, which began playing the latest soccer scores from the U.K. This is what it thought Lamb might want to hear in a “home” environment like the Saint Cecilia, or perhaps he was listening to those scores on a recent afternoon, and the device remembered. He then turned the face of the Cone, much like turning a dial on the radio, to flip to the next song, a track by Alt-J, which was more in line with what he wanted to hear. Cone remembers what you skip, and what you request, then “corrects” itself. 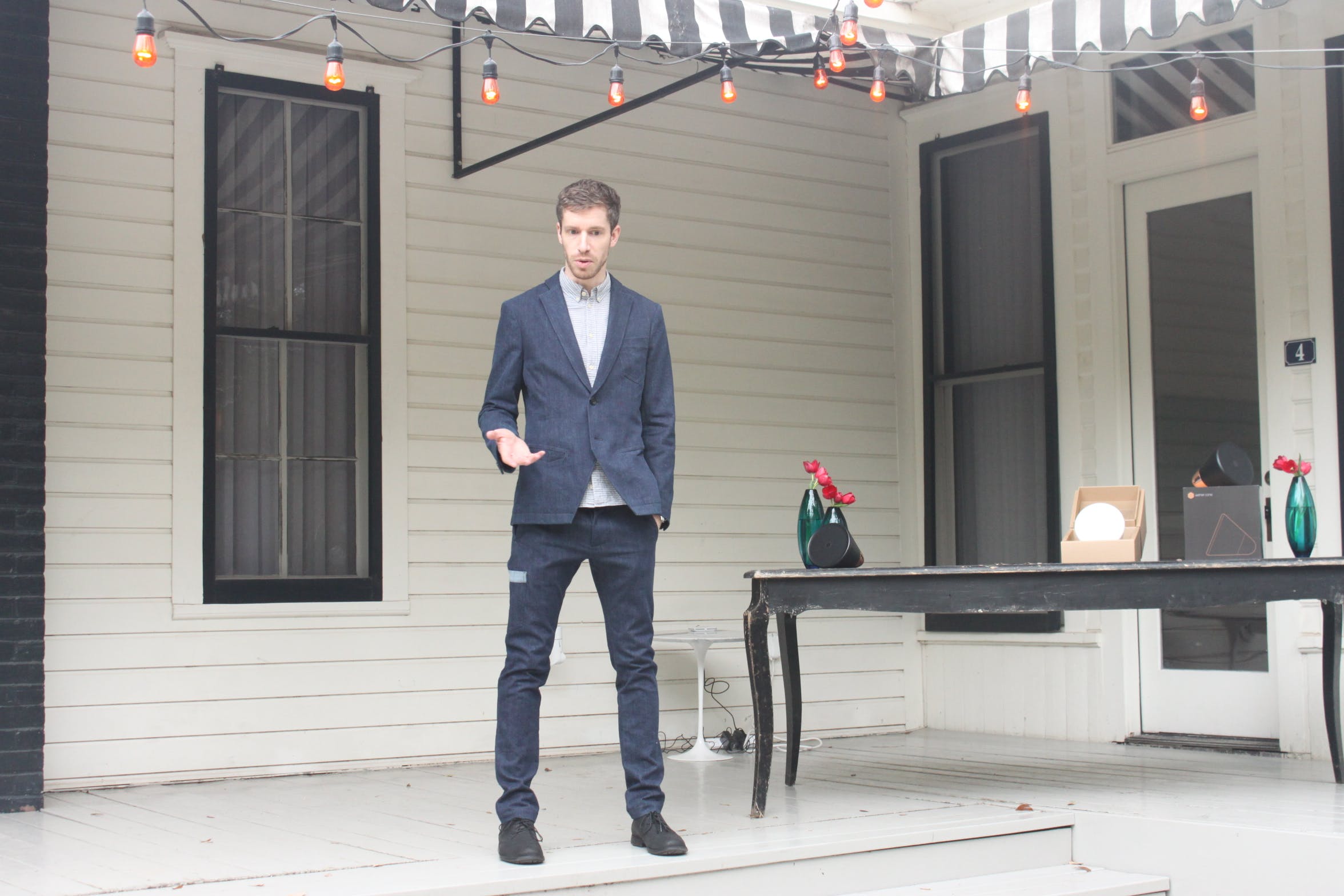 Cone’s musical library is powered via streaming sites like Pandora or Rdio, and connects via Wi-Fi. It also adapts to voice recognition; you can tell Cone to play a certain band or song, which is one way it learns what you like and suggests music for future plays. If you ask it to play a song and it isn’t available, will Cone play the next closest song it thinks you’ll like? Lamb says ideally, yes, but that’s still something they’re working on.

Lamb, formerly a designer at Nokia and Skype, talked about how we’re too dependent on our phones and certain apps to tell us what we want, and by focusing on that handheld support, we’re cutting out the more personal interaction that should be part of the music-listening experience. Cone is a standalone device, one that can be moved from room to room or to different locations. It cuts out the need for a phone, offering a more organic interaction. Lamb also employed a very Nordic design, so Cone doesn’t necessarily look like a gadget. It could be seen as an extension of the “smart home” market and products like the environment-aware thermostat Nest, which Google recently purchased for a cool $3.2 billion.

Todd Kemmerling, one of Cone’s engineers, says they put a lot of thought into the human-device experience:

“The major factors that we learn about you is, where do you have the device? Is it stationary, do you move it around? For example, maybe you’re getting ready to go to work in the morning, you’re doing your makeup or whatever. Maybe you listen to different music than you listen to when you’re sitting with your significant other. We pick those things up subtly over time, and it starts to learn contextually what you like. If you rock out in the morning, or chill in the evening.

“It knows the difference between Monday and Saturday. … It knows it’s been moved. It has accelerometers. So we collect all that stuff and look at the content that you play, podcasts or streaming radio, and we use a number of well-documented machine learning techniques to find stuff you might like in addition to these things you specifically asked for. … It’s a little bit of groupthink, and a little bit of individual think.”

Cone is Aether’s first product, and will debut this summer for $399. You can reserve one on the site. A device like Cone might also do wonders to combat the neverending Netflix scroll and the often frustrating quest to find the movie we want to watch right this moment. Are we ready for this kind of interaction, especially one tied to a personal, often emotional experience like music? For those who know exactly what they like and when they want it, Cone might not be the right fit. But for listeners who are more indecisive or open-minded, Cone could lead to some discoveries about musical tastes that weren’t apparent. The question “What should I listen to?” could take on a whole new level of consciousness.