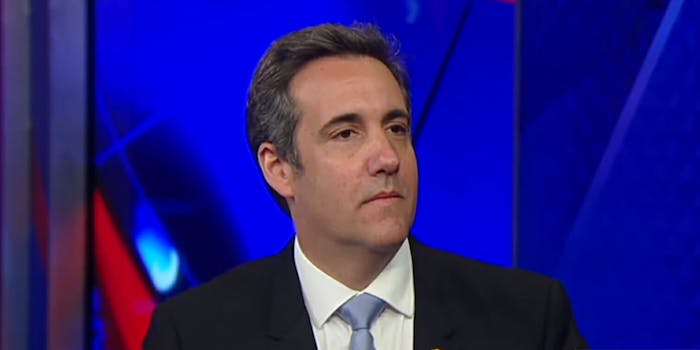 Michael Cohen, the former longtime lawyer for President Donald Trump, is scheduled to testify before Congress and, according to reports, he plans to accuse the president of a lot of criminal conduct.

The accusations from Cohen are expected to be related to the payments made to adult film actress Stormy Daniels, who claims to have had an affair with Trump in the past, according to the Wall Street Journal. The president’s former lawyer will testify before the House Committee on Oversight and Reform on Wednesday at 9am CT.

He is also scheduled to speak with other congressional committees today and Thursday. Those hearings will not be public.

The Journal, citing a source, reports that Cohen is expected to make private financial statements from the president public and will say he witnessed “lies, racism, and cheating” while working for him.

Cohen pled guilty last year to making false statements to Congress about a project that would have built a Trump Tower in Moscow, Russia. He is also expected to talk about why he lied, NBC News reports.

In the wake of the guilty plea last year, the president defended the project as being “very legal & very cool.” He has also said Cohen pled guilty as a way to “embarrass the president and get a much reduced prison sentence.”

Last week Rep. Elijah Cummings (D-Md.), the chairman of the House Oversight Committee, announced that Cohen’s hearing was back on after being postponed because of “efforts by some to intimidate his family members and prevent him from appearing.”