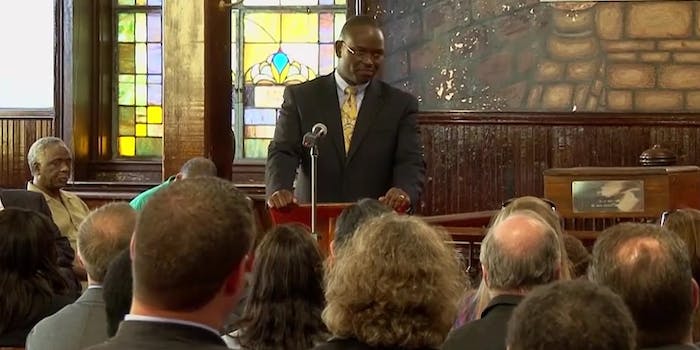 The inspiring senator and activist killed in the Charleston shooting

He made a serious impact in his 41 years.

Among the nine killed in church by a still at-large gunman in Charleston, South Carolina, was 41 year-old Clementa Pinckney, a state senator and decades-long community advocate.

A Democrat serving Charleston’s 45th district, at the age of 23 he became the youngest African-American ever elected to the state’s legislature. He was also a longtime minister, having started preaching at the age of 13, and served as a pastor at Emanuel African Methodist Episcopal Church, the site of the shooting. He was leading a Bible study at the time of the attack.

Reverend Joseph Darby, the presiding elder for AME churches in the area, called Pinckney an “advocate for the people,” adding that he was “a very caring and competent pastor, and he was a very brave man.”

Among the many instances of his leadership, Pinckney lead a prayer vigil for Walter Scott, the African-American man whose brutal shooting death by a police officer in nearby South Charleston was caught on video.

Pinckney championed civil rights at the church as seen in this video. In the comments, friends and supporters mourn his death. “Sad sad sad…what an atrocity” one comment said. Another “I needed to hear my friends voice.   I am sharing his voice with you so that you can hear him speak to your spirit too.”

Pinckney is survived by his wife Jennifer Benjamin, and two children, Eliana and Malana.