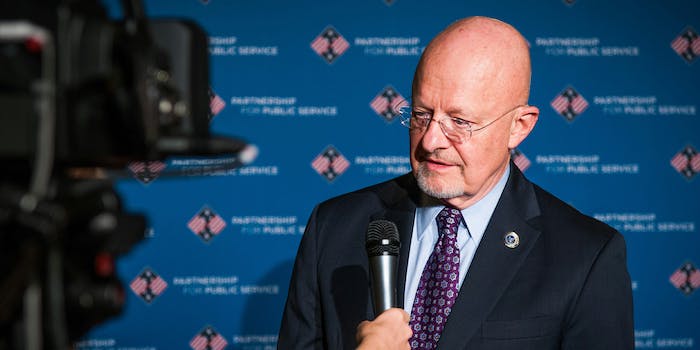 Clapper did not mince words at all.

Trump delivered a winding speech in Phoenix, Arizona on Tuesday night that touched on Charlottesville, North Korea, the media, and his border wall proposal. The event had the same feel as a campaign rally he hosted while running for president last year.

“It’s hard to know where to start,” Clapper said while speaking with Don Lemon on CNN. “It’s just so objectionable on so many levels. You know, I’ve toiled in one capacity or another for every president since, and including, John F. Kennedy through President Obama, and I don’t know when I’ve listened and watched something like this from a president that I’ve found more disturbing.”

Clapper said the speech was chilling because he knows how much power a president has, he questioned Trump’s “fitness to be in this office.” The former chief spy even suggested that Trump may be trying to find “a way out” of office.

“This behavior and this divisiveness, and the complete intellectual, moral, and ethical void that the president of the United States exhibits—how much longer does the country have to, to borrow a phrase, ‘endure this nightmare’?”

Clapper finished that Trump “could be” a threat to national security, given his access to nuclear codes—particularly with the ongoing tension with North Korea.

“There is actually very little to stop him,” Clapper said. “The whole system is built to ensure a rapid response if necessary.”