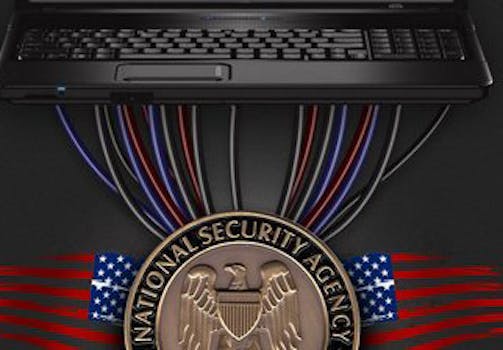 Activists have figured out way to catch the attention of the congressmen responsible for reintroducing the Cyber Intelligence Security Protection Act (CISPA). Or at least their interns.

Their, and your, privacy might be at stake. So activists have figured out way to try and catch the attention of the congressmen responsible for reintroducing the Cyber Intelligence Security Protection Act (CISPA). Or at least their interns.

Internet advocacy group Fight for the Future has created a Twitter account, @cispapetition, with a single purpose. It tweets the name of one of the many people who have signed one of several anti-CISPA petitions online, hashtags it “#NoCISPA,” and tags those congressmen, Mike Rogers (R-Mich.) and Dutch Ruppersberger (D-Md.).

They’re drawing from more than a million names, from petitions like Avaaz’s, which is still collecting signatures from when CISPA was brought up the first time in 2012, to Fight for the Future’s own “CISPA is back” campaign.

“At the rate we’re going, we estimate it will take us 3,934 days, or over 10 years to tweet Ruppersberger and Rogers all the signatures,” Fight for the Future’s Evan Greer told the Daily Dot. “That’s how many people oppose CISPA’s intrusions into internet user’s privacy.”

It harkens back to the detested Stop Online Piracy Act (SOPA), which was defeated in 2012 after an enormous online uproar. SOPA so “shell-shocked” Congress, lawmakers have largely made a point to avoid angering the Internet, though that apparently just extends to copyright bills, not cybersecurity ones.

When reintroducing the bill, which is intended to make it easier for networks under cyber attack to share information with government agencies—far too easily, activists say—Rogers and Ruppersberger seemed to think they would avoid that same kind of backlash.

Ruppersberger stressed the difference when he reintroduced the bill Wednesday, saying “Privacy groups have come out and said this is a SOPA. It’s not.”

But Greer disagrees. “Congress should learn from SOPA and take note that when you mess with the internet, you’re putting your career at risk,” she said.