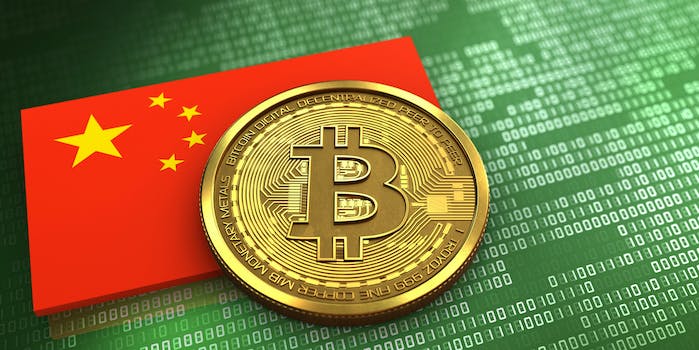 The booming cryptocurrency dropped $1,000 in value over the weekend.

Bitcoin took another huge blow, this time from China, after reports suggest authorities will order domestic Bitcoin exchanges to shut down. This comes days after China said initial coin offerings (ICO), or digital token sales, were illegal and asked the popular cryptocurrency to end all fundraising activity.

This week’s ban will reportedly apply to trading cryptocurrencies on exchanges, but won’t stop over-the-counter transactions. Nevertheless, Bitcoin’s value was sent into a tailspin, dropping more than $1,000 over the weekend. At one point, Bitcoin was as low as $3,978. It now sits at $4,210, according to data provided by Coindesk.

That marks a staggering 20 percent drop from the start of this month, when the cryptocurrency reached an all-time high value of more than $5,000. It’s also a discouraging sign for the contentious currency, when it had seemed like it was on a path to largely uninterrupted growth.

China accounts for 23 percent of all Bitcoin trades and houses some of the most successful Bitcoin miners. The nation is taking aggressive action to regulate Bitcoin and protect itself from a potential cryptocurrency bubble.

It’s important to note that the potential regulations will make it difficult for new users to start trading, but won’t have a huge impact on existing Bitcoin owners. As Fortune points out, Chinese investors use Bitcoin to protect themselves in case the yuan crumbles. It also lets people bypass China’s $50,000 limit on international money transfers.

Bobby Lee, CEO of China’s oldest Bitcoin exchange BTCC, posted a poll on Twitter asking users if the reports are true or “fake news,” suggesting he doesn’t believe them.

OKCoin, BTC China, and Huobi, the largest Bitcoin exchanges in China, told Bloomberg on Monday that they haven’t been informed by authorities about any ban on trading.