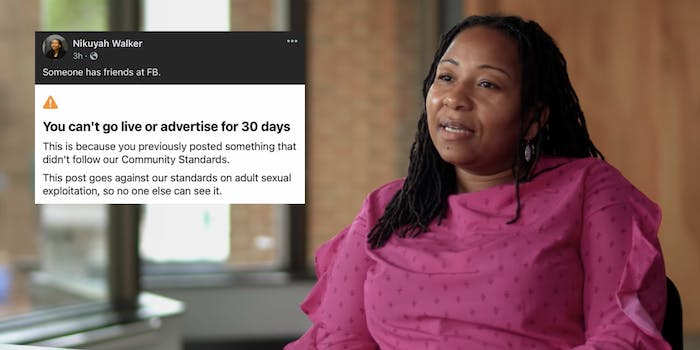 “You can’t go live or advertise for 30 days,” the notice says. “This is because you previously posted something that didn’t follow our Community Standards. This post goes against our standards on adult sexual exploitation, so no one else can see it.”

Despite the action’s from Facebook, Walker doubled down and released an even longer version of her poem, which accuses the city of being “anchored in white supremacy.”

Charlottesville, for many, has become synonymous with racial hatred after a white supremacist involved with the “Unite the Right” rally drove his vehicle into a crowd of counter-protesters in 2017, killing one woman in the process.

“It looks like FB took me out of FB jail,” Walker wrote. “I guess my post didn’t violate their policies.”