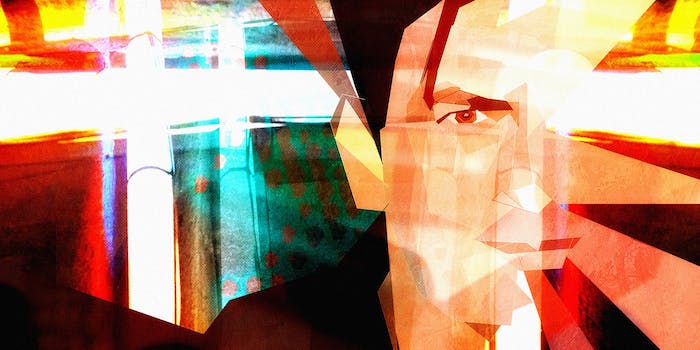 Imagine a world in which you could be sent to prison for years just after spitting on someone, or for having sex with your girlfriend or boyfriend without rattling off your complete medical history.

Roughly two-thirds of U.S. states have laws that single out people with HIV. These laws range from state to state. In many, they add harsher punishments for people with HIV who commit other crimes, like prostitution or drug use. And in some states, the laws are outdated and criminalize actions that carry no risk of HIV transmission.

“We started to be seen as a dangerous population that needed to be controlled, regulated, and criminalized.”

In Nebraska, for example, it is a felony for a person with HIV to sneeze in the general direction of a law enforcement officer. On the books, the crime is called “assault with a bodily fluid.”

After Charlie Sheen came out on Tuesday about having lived with HIV for the past four years, it became clear how many people are in the dark about how the virus is transmitted and treated in 2015. While his doctor explained on the Today show that Sheen’s detectable HIV infection, called a “viral load,” has been undetectable during all four years, unnumbered people online called for Sheen’s head, suggesting that he should be jailed for dating and having sex while under treatment for HIV.

This reaction may seem understandable—if you don’t understand how HIV treatment works in 2015. With a consistent approach to treatment and daily medication, an undetectable viral load such as Sheen’s makes virus transmission highly unlikely—not to mention that HIV-prevention medications, or PrEP, can be taken daily like birth control to help prevent an HIV-negative person from contracting the virus. With HIV no longer a death sentence, and options for non-carriers to take prophylaxis into their own hands, there’s arguably no reason to panic about the 1.2 million Americans living among us with HIV.

Yet, HIV-specific laws continue to discriminate against people with the virus in a majority of states. According to Sean Strub, executive director of the advocacy group SERO Project, even states without criminal HIV statutes often discriminate against HIV-positive people in prosecutions.

In an interview Wednesday with the Daily Dot, Strub raised the specter of two discriminatory cases that were prosecuted in states without HIV-specific laws. In New York, a judge accused David Plunkett in 2006 of wielding a “dangerous instrument”—his own saliva. And in Texas, Willie Campbell remains in prison on a 35-year sentence for spitting at a police officer, which the court deemed “harassment with a deadly weapon” due to Campbell’s HIV status. According to the Centers for Disease Control and every study ever done on HIV transmission, saliva does not carry HIV.

Strub said HIV-specific laws and increased sentencing have created a “viral underclass” that legalizes discrimination based on a trait that cannot be changed.

“There are other sexually transmitted diseases besides HIV that can kill someone,” said Strub. “We don’t have HPV-specific statues even though HPV killed more women last year than HIV. We should not make laws based immutable characteristics, whether it’s race or gender or genetic makeup or a virus you carry.”

According to many of the HIV-positive activists the Daily Dot spoke with on Tuesday and Wednesday amid the news-cycle domination of Charlie Sheen’s outing, HIV-positive people are now more discriminated against than every before in U.S. history. Strub said that while the stigma and legal discrimination is more intense than ever, many HIV-negative people don’t see evidence of it.

“In the early days of AIDS, almost everyone had some sort of human response to people who were suffering and in pain, and people with HIV were seen through that prism of our likely death,” Strub explained. “After combination therapy, someone with HIV has every reason to believe they’re going to live a normal life span. People’s vision of people with HIV started to change, and we were seen through the lens of our likely survival, meaning we were going to live longer and be around to ‘infect’ people longer.”

Hence, the introduction of laws that criminalize HIV-positive people who have been accused of sex without disclosing status, and of supposedly endangering public servants by spitting innocuous saliva.

“We started to be seen as a dangerous population that needed to be controlled, regulated, and criminalized,” Strub said. “That was our relationship to the public health system as a potential threat to others.”

The media coverage of HIV has changed since the 1980s, too. Early on, news focused on those dying of AIDS (a disease that HIV can lead to without adequate medical treatment) and took a generally sympathetic stance. As people with HIV began to live long, healthy lives due to advances in medical care, the news coverage has veered toward lurid scare tales of ‘AIDS predators‘ who seemingly aim to infect the world through rampant sex without disclosure.

“I think we cannot underestimate the capacity of misinformation and hysteria and the underlying bias against the community most affected by HIV.”

Indeed, hysterical headlines on Monday outed Sheen before he had a chance to speak publicly, using words like “debauchery” and “horror.” One columnist for The Mirror even went so far as to say Sheen deserved to “die in the same misery, poverty and pain as so many others do.”

“If blame was a cure for HIV we’d have the end of the epidemic,” said JD Davids, managing editor of The Body, in an interview with the Daily Dot on Wednesday. “I think we cannot underestimate the capacity of misinformation and hysteria and the underlying bias against the community most affected by HIV and how that works against public health.”

Davids noted that people with HIV do have some protection from discrimination under the Americans with Disabilities Act (ADA). Under the ADA, people with HIV cannot be denied jobs or housing simply because they are HIV-positive, and they can’t be barred from public accommodations like public pools, libraries, or restaurants.

The ADA protections for HIV-positive people are similar to federal civil-rights laws covering things like race, gender, and sexual orientation. That’s why it’s so deeply confusing that roughly 35 state laws can punish people with HIV for doing the same things that aren’t criminalized without the virus factored in.

In 2008, an Arkansas native named Mark Hunter, who acquired the virus through a blood transfusion at age 7, was arrested and sent to prison under a state law that makes it a felony to “expose another person to human immunodeficiency virus.” Hunter’s ex-girlfriend had gone to police five years after they’d broken up, first telling them Hunter didn’t disclose his status, then later saying he had but she hadn’t believed him. Either way, Hunter now has to register as a sex offender each year—even though he has never passed the HIV virus to anyone.

Cases like Hunter’s reveal a reluctance to understand the facts about the virus. Just as Hunter’s ex didn’t want to believe that her partner actually was HIV-positive, it’s possible that people who read about Charlie Sheen this week instinctually tried to distance themselves from the possibility that they could be in his shoes.

“People’s understanding of HIV is frozen in 1992. The level of outdated information is stunning,” Davids said. “The biggest barriers to ending the epidemic in the world today are stigma, discrimination, criminalization, and lack of access to health care and resources.”

Davids said that if there’s one good thing that can come out of Sheen’s admission, it’s fixing some of these gaps in public education.

“If people are undetectable, they have virtually no chance of transmitting, and if people who are negative take one PrEP pill a day, they will stay negative. Those are the new basics,” Davids said. “For the most part, people who are on HIV treatment are going to live a healthy, normal life span just like people with other chronic health conditions.”

Those people aren’t living their lives alone, either. As an April feature on The Body showed, many HIV-positive people are in romantic and sexual relationships with people who don’t carry the virus.

As Sheen’s news broke, some of his former partners rushed to prove they hadn’t contracted HIV from him. In fact, there’s no evidence that Sheen ever exposed anyone to the virus; yet his wild lifestyle, with its polyamorous relationships and admitted drug addiction, is already being subtly blamed for his viral status.

Strub laughed at irony of Sheen becoming the de-facto poster boy for living with HIV: “If we were to choose someone to bring attention to the epidemic in a helpful way, Sheen probably wouldn’t have been on the list at all.”

“People’s understanding of HIV is frozen in 1992. The level of outdated information is stunning.”

Sheen differs from the population most typically associated with HIV. He’s heterosexual, white, staggeringly wealthy, and has a platform like no other. But it’s not all bad for the HIV-positive community. Many are waiting to see whether Charlie Sheen might become their Caitlyn Jenner. Like Jenner, Sheen lives in another sphere that most HIV-positive people can’t fully relate to, yet that’s exactly why both are poised to introduce marginalized identities into America’s dinner-table discussions.

Strub, for one, is hopeful. He cited Sheen’s family background as a seedling for future activism; father Martin Sheen is a devoted pacifist and early adherent of the Catholic Worker Movement, whose work outside of Hollywood has ranged from marching alongside Cesar Chavez to showing up at Earth First! meetings. It would seem that Charlie Sheen is perfectly poised to launch headfirst into HIV/AIDS activism.

“There is a tremendous amount he could do that’s helpful in terms of combating the epidemic,” said Strub, noting that he is not aware of Sheen’s team reaching out to any of the major HIV-rights organizations. “A lot of us are hoping that he’ll reach out. We are standing here waiting to give him some advice and council, and for him to talk to us about how he can really help people with HIV.”

Illustration by Surian Soosay/Flickr (CC BY 2.0)