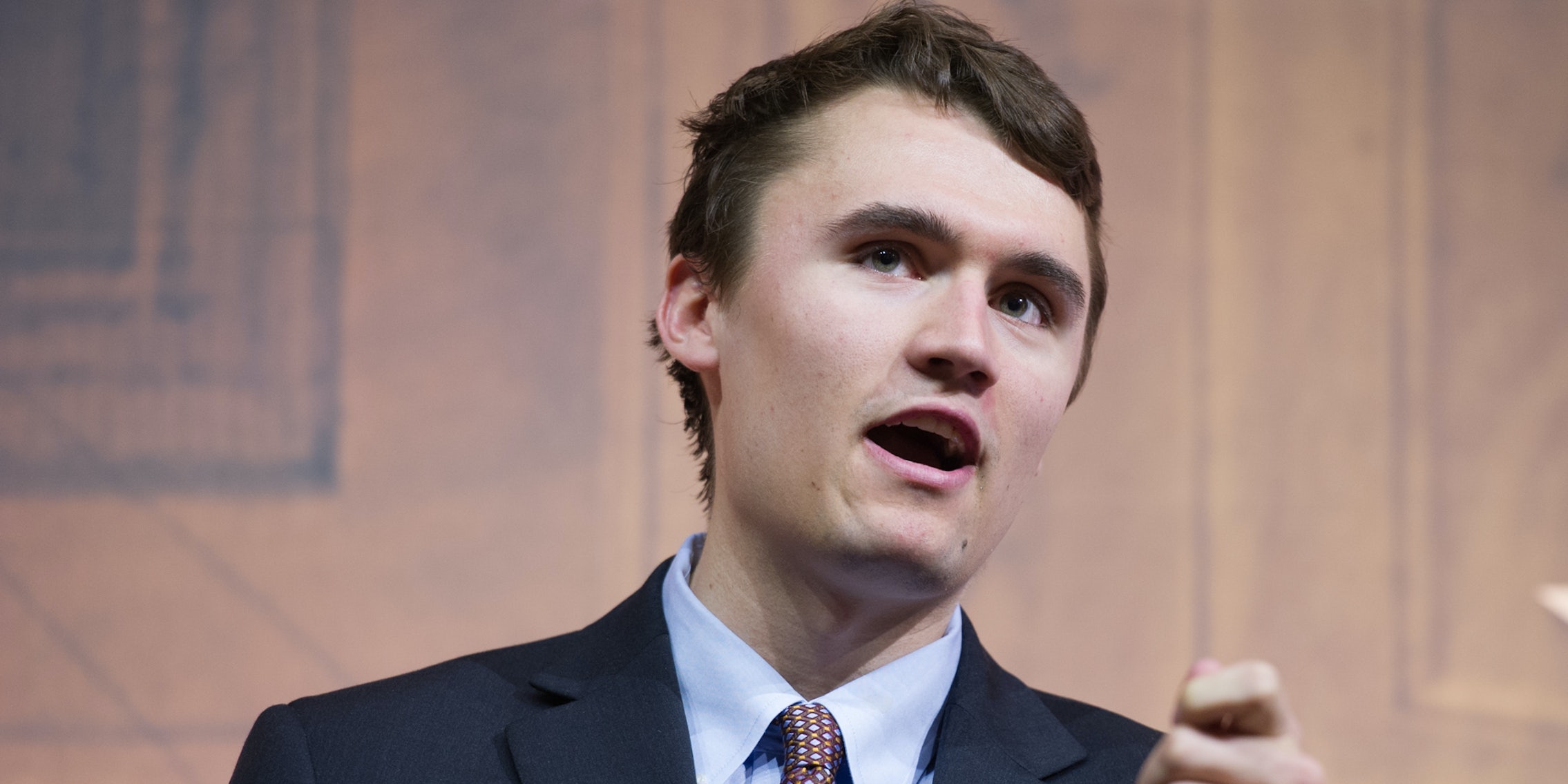 It's unclear if he knows how to win.

Conservative influencer and Turning Point USA founder Charlie Kirk is promoting his new book on winning elections—right after his slate of hand-picked candidates got absolutely washed in the 2022 midterms.

In a mass text sent out to supporters, Kirk said his book “lays out my roadmap to lasting conservative victories that will SAVE AMERICA,” offering it up for as little as $5 “to help us cover the cost of shipping.”

The text includes a link to a donation page where users can select from preset amounts ranging from $30 to $200.

Kirk’s new book is called How We Win: Finding the Will—Individually and Collectively—to Fight for America. The book does not appear to be out just yet, so gleaning any information from it about Kirk’s intimate knowledge of winning elections is impossible.

But it’s reasonable to be highly skeptical of Kirk’s new book, as it comes on the heels of a huge defeat for conservatives and right-wing issues like abortion last month.

A number of candidates personally endorsed online by Kirk were defeated.

On Nov. 3, Kirk tweeted that “Turning Point PAC is running a big ad campaign right now for @DrOz,” in the Pennslyvania Senate race.

Oz lost by 300,000 votes to Senator-elect John Fetterman. According to OpenSecrets, Turning Point spent $25,000 on ads against Fetterman, and a quarter-million dollars on ads in favor of Oz, all to no avail.

In Arizona, Turning Point and Kirk supported a slate of hard-right election deniers, like Kari Lake for governor, Mark Finchem for secretary of state, and Blake Masters for Senate.

According to Arizona Central, Kirk spent nearly $500,000 on candidates in the state. All of them went on to lose to Democrats. Turning Point is headquartered in Arizona, making its losses there all the more embarrassing.

In New Hampshire, Kirk and Turning Point spent nearly $42,000 on a single candidate in a House race, hyping up Karoline Leavitt, with Kirk branding her part of the “new right” this summer.

Leavitt lost to incumbent Rep. Chris Pappas (D-N.H.) by more than 8% of the vote.

A number of far-right candidates all lost, with some candidates doing measurably worse than other more mainstream Republicans in their states.

Turning Point, though, was proud of the slate it put forth.

According to Arizona Central, Turning Point Action’s COO Tyler Bowyer said, “That was the plan. That was what we set out to do.”

If that’s the plan, it’s unclear how Kirk also has a plan to win.