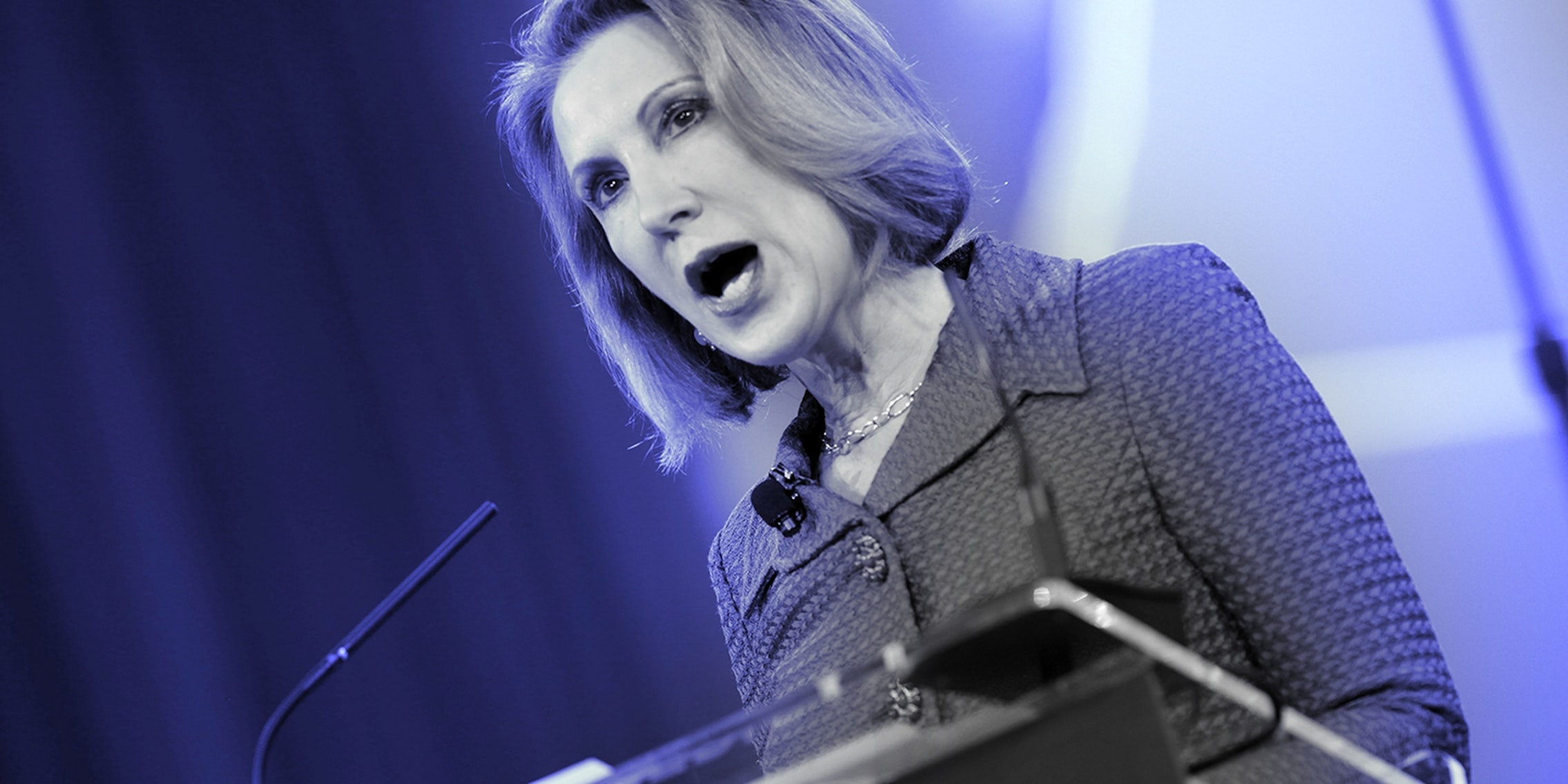 The former HP CEO's stance puts her at odds with most of Silicon Valley.

Carly Fiorina wants the government to be able to “work around” encryption to aid intelligence agencies and law enforcement in thier investigations, she told Breitbart News on Monday.

The Republican presidential candidate and former HP CEO shifted the focus of her campaign to national security two days before the last Republican debate of 2015.

“One of the places we need help is to deal with all of these encrypted communications,” she said. “You can’t outlaw encryption. Encryption protects American consumers from identity theft, and all the rest of it. But we have to be able to work around it where necessary to give our investigators the information they need. I’d ask the private sector’s help in that.”

Senior U.S. officials and lawmakers recently reignited the debate over encryption in the wake of terrorist attacks in Paris, California, and elsewhere that have been linked to the Islamic State. No evidence has been presented linking encryption to those attacks, but congressional committees are preparing encryption hearings, and officials like FBI Director James Comey are saying that tech companies can do more to help investigators.

None of the people pushing for so-called “backdoors” in encryption will say that they want to “outlaw” strong encryption entirely, but some, like Sen. Dianne Feinstein (D-Calif.) and Sen. Richard Burr (R-N.C.), are seeking ways to “pierce” encryption for investigative purposes.

“You can’t outlaw encryption. … But we have to be able to work around it where necessary…”

Encryption is the technology that encodes data so that only authorized parties can read it. You encounter encryption every day when you log into bank and email accounts through secured (HTTPS) connections, as well as when you buy products on ecommerce sites like Amazon.

Fiorina and some senior law-enforcement officials strongly object to the new “end-to-end” encryption protecting Apple iOS and Android devices. Both Google and Apple have begun enabling this unbreakable encryption by default, locking away users’ data from even the phone and software manufacturers.

Tech companies, security engineers, and privacy advocates fiercely reject attempts to backdoor encryption, arguing that proposals to “pierce” it will make the entire Internet far less safe. This debate is known as the “crypto wars.”

Many civil-liberties groups point out that, even if Congress passes anti-encryption legislation, that will not solve the problem, because, as Comey himself admitted last week, “Encryption is always going to be available to the sophisticated user.”

Fiorina recognized this dilemma. “We need to engage the private sector in an unprecedented way again because we’re at war of a different kind,” she said. “I know this community. I know this industry. I know these people. I will engage them.”

Comey told Congress last week that the FBI is discussing encryption with the tech industry, warning them about the “public safety and national security risks” of encryption.

Fiorina enters Tuesday night’s Republican debate in sixth place, according to most national polls, in a marked decline from her brief rise and fall in September.