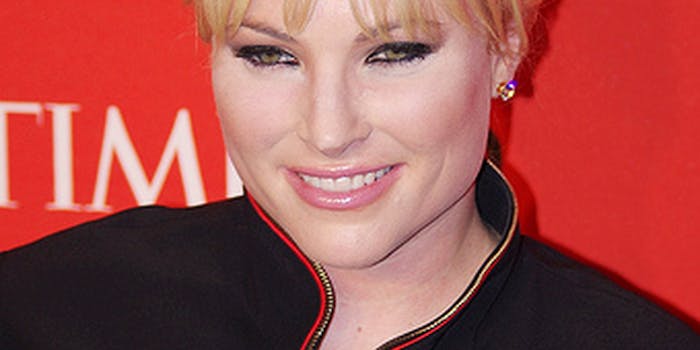 Regardless of what you think of their politics, Meghan McCain and Tucker Carlson could serve as an example of civil Twitter use.

“Whatever John McCain’s sins, he does not deserve a daughter like this,” wrote Carlson, who linked to the MSNBC video.

Within a few hours, McCain responded directly to Carlson.

“@TuckerCarlson That’s by far the nastiest thing anybody has said about me in a very long time Tucker. Genuinely hurt my feelings,” she wrote in a pair of tweets. “My opinions on politics has nothing to do with what kind of daughter I am. I am very close with my family and they have always supported me.”

Soon after, Carlson publicly apologized to McCain for his “nasty” tweet, adding that he was just frustrated by her comments. McCain quickly accepted the offer and moved on.

It wasn’t the only time an MSNBC employee or political celebrities went at it on Twitter this week—not by a long shot.

But folks like Donald Trump and Lawrence O’Donnell could learn a thing or two from Carlson and McCain.