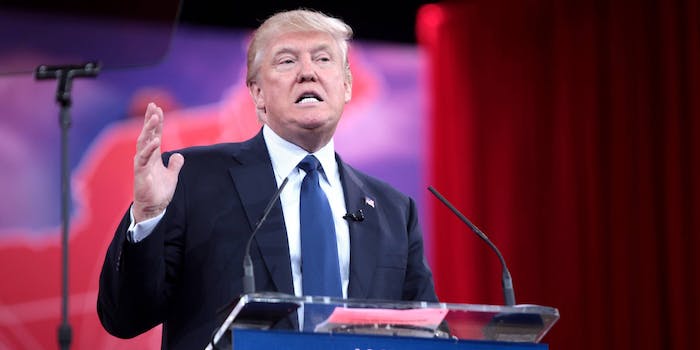 And now for a very special episode of the 2016 election.

“After seeing how easy and fun it is to take random scraps of evidence and spin them into ridiculous conspiracy theories,” Samantha Bee says in a recent Full Frontal clip, “we decided to try it ourselves—because why the f–k not?”

The host of Full Frontal with Samantha Bee noticed something after watching a 90-deposition of 2016 Republican presidential nominee Donald Trump for one of his many lawsuits. Trump refused to actually read any of the document placed right in front of him.

“At first, I thought Trump was lying, but then it hit me. Thanks to the time I’ve wasted watching very special episodes of TV shows over the years, I could draw only one one conclusion… You heard it here first, people are saying, Donald Trump can’t read.”

She has plenty of other questionable evidence, too.

“Don’t laugh at him. Illiteracy is sad,” Bee said. “I, for one, am impressed that, even with his alleged disability and with just a multi-million dollar loan from his father, Donald Trump was able to become one of the richest people in this country.”