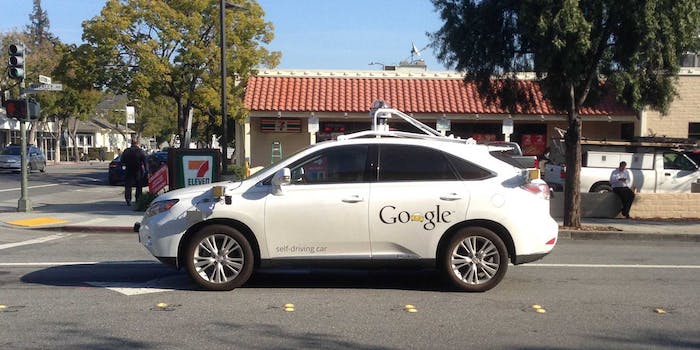 It might not be much longer until you ride in a self-driving car.

The state of California is reportedly eyeing the next big step in regulating autonomous car technology, and it could mean self-driving cars will be picking up passengers soon. The California Public Utilities Commission, the state agency responsible for regulating ride-hailing apps like Uber and Lyft, has advanced a proposal this week which would allow self-driving cars to pick up riders without a backup driver.

The news comes just one month after the state’s Department of Motor Vehicles announced it would start allowing driverless cars to begin testing on public roads and just weeks after a driverless car was involved in a deadly crash in Arizona, stirring major controversy and concern over the reliability and safety of the new technology. The car in the Arizona accident was an Uber, and it killed a pedestrian despite the fact that it also had a safety driver behind the wheel. It was the first known instance of a self-driving car taking a human life.

California might be one step closer to completely driverless cars.

The state Public Utilities Commission will vote next month to allow self-driving cars to pick up passengers without a backup driver present. In March, a self-driving SUV killed a woman in Arizona. pic.twitter.com/Fcw87mN70l

According to Reuters, the proposal from the California Public Utilities Commission would require that any company that wants to pick up riders in entirely driverless, autonomous cars would need to have held a testing permit from the DMV for 90 days prior to doing so. Throughout the testing period, the self-driving cars would have pick up passengers and give them rides free of charge—and only to people over the age of 18.

It would also mandate that the company provide updates to regulators about how many miles their autonomous cars are driving and how many rides they’re giving, as well as information about their transportation of disabled passengers.

The California state government has long been at the forefront of regulating self-driving car technology, owing in no small part to its sprawling tech industry. The state is where both Uber and Lyft are headquartered, as well as Google, which has been working on developing self-driving automobile technology for years.