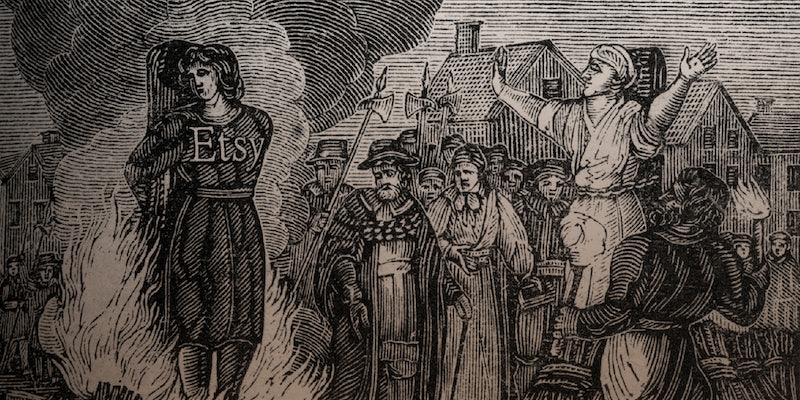 A month ago, I hired a witch on Etsy to cast a sex spell on my marriage.

A month ago, I hired a witch on Etsy to cast a sex spell on my marriage. Since then, I have learned more about the online witchcraft community than I thought I’d ever know.

Commenters called me an idiot for thinking it’d work, friends asked if I’d recommend the process, and at least one person told me I should find Jesus. But one angry response really caught my attention: the bubbling anger at capitalist witches.

“That was probably the dumbest thing you could have ever done,” one commenter wrote. “Speaking as a witch, I would never cast a spell for anyone for payment. That’s ethically wrong.”

Within the witch community, apparently, there is a lot of debate about whether it’s ethical to charge money for their services, especially when they’re not guaranteed to work. I decided there was no one better to ask about the issues and intricacies of online witchcraft than my witch, Victoria Zasikowski.

“Speaking as a witch, I would never cast a spell for anyone for payment. That’s ethically wrong.”

Zasikowski runs an Etsy page called the Enchanted Land. She casts around 25 spells per month, “some of these being Hoodoo spells, others being my more specialist Black Magick services.” Unsurprisingly, the most popular spells are love spells, though she entered the game through tarot and astrology when she was a teenager. “It was while in my 30s that I became strongly drawn to Hoodoo over other magickal practices,” she said in an email. “I realized that I appeared to have abilities.”

She began her online business by selling her services on eBay. However, in 2012, eBay prohibited sales of “intangible” services like tarot readings, spells, and “healing.” Most witchcraft marketplaces I saw make no claims about the tangibility of their products, and many have long disclaimers about how none of the spells are guaranteed to work and all the reasons they might not be effective. Those variables include things like “negative energy” and the universe having “other plans for you.” The product seems about as intangible as you can get, but, Zasikowski says, “it is rare for someone to experience no effects at all.”

It does seem a bit suspect to be charging money for something that relies so heavily on the universe’s plans, which is what some witches use to argue against charging for services. Zasikowski says nobody has ever complained to her, but she sees these arguments play out in online witchcraft forums.

“There is a belief among some that ‘spiritual’ gifts should be given free of charge because
they are spiritual.”

Part of this goes back to the historic context surrounding witchcraft. Often women couldn’t hold “real” jobs, and if they needed to make money, this was one of their only options. But the other part is that many feel that witches have the right to pursue a living based on what they’re passionate about. “I suppose I could scrape a living on the minimum wage and loathe every minute, as opposed to run a successful business doing something I love,” says Zasikowski, “but where would the sense in that be?”

From the outside, where you stand on charging for spells depends on whether or not you think it’s a scam. If you don’t believe in witchcraft, you’re unlikely to seek out any magical services, whether you pay for them or not. If you do, you’re either convinced that you’ll get what you pay for—like one man who paid a fortune-teller in Salem, Mass., $16,800 to cast a protective shield around him—or that “energy is free” and these services should be too. And if you’re in-between? Well, $25 on Etsy is a small price to pay to satisfy your curiosity.