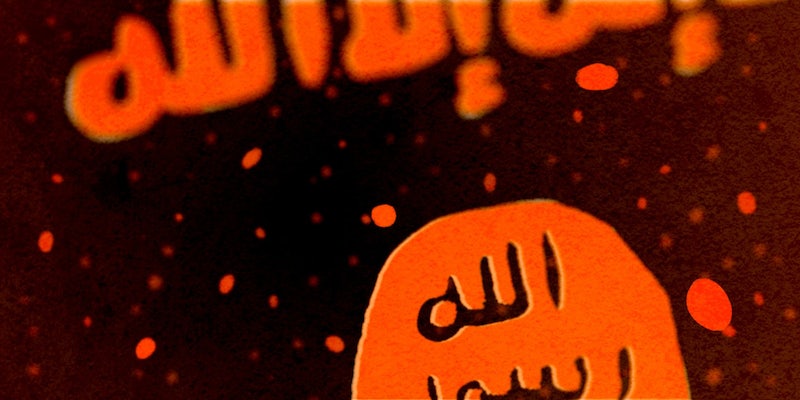 Are they trying to turn politicians against secure communications?

Minutes after the Islamic State claimed responsibility for deadly terror attacks in Brussels on Tuesday, the militant group’s cybersecurity experts began advising jihadists still in Belgium on how to stay safe and beat police and intelligence investigations.

The Afaaq Electronic Foundation is an arm of the Islamic State dedicated to “raising security and technical awareness” among jihadists. Launched earlier this year, AEF uses Telegram, a popular encrypted messaging app, to broadcast advice.

The message is: Stay calm and use strong encryption. 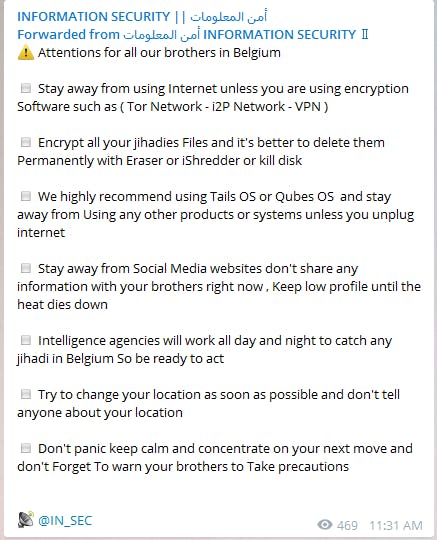 The Islamic State’s use of encryption has been at the center of a global debate over the technology. In addition to using encryption for security, ISIS supporters have actively sought to inject themselves into the debate with the possible goal of provoking reactions against encryption from Western governments.

The fact that this message is in English rather than Arabic—the language of choice for most of ISIS’s messages—or a local Belgian language like French, Dutch, or German indicates they want a wide global Western audience to read and react to the advice.

If the militants are successful, their message may end up influencing the encryption debate in capitals around the world—including the United States, where legislation that aims to weaken technology firms’ use of strong encryption remains imminent.