Authorities are on the hunt for a suspect in the Brussels Airport terrorist attack Tuesday that killed at least 11 and injured 92 others in the town of Zaventem.

“The police are looking to identify this man,” the City of Brussels Police said in an afternoon Facebook post. “He is suspected of having committed the attack at Zaventem airport on Tuesday, March 22, 2016.”

A surveillance photo accompanying the post shows a man wearing a beige jacket, dark pants, and a blue shirt. He also appears to be wearing glasses and a black or dark blue hat.

The suspect’s name has not been released. All flights to and from Brussels Airport have been canceled indefinitely. Public transportation has also reportedly been shut down.

At least one of the two bombs detonated inside the airport’s departure hall is believed to have been triggered during a suicide attack. 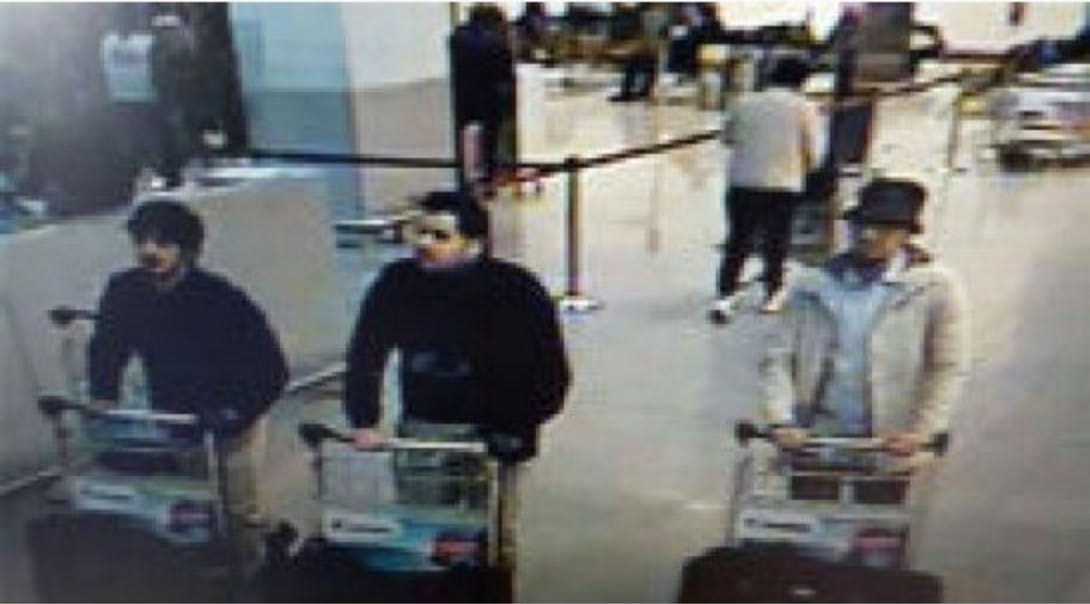 About an hour after the airport bombing, a third explosion killed 20 and injured up to 130 others at the Maelbeek subway station, roughly seven miles to the southwest. The metro stop is less than a mile from the U.S. embassy.

The seemingly coordinated attacks occurred four days after the capture of Salah Abdeslam, who authorities say is the sole survivor of a 10-man crew behind the Islamic State attacks in Paris on Nov. 13, which killed 130 people.

King Philippe of Belgium, in an address to the nation Tuesday afternoon, offered his gratitude to “all those who have helped.”

“We are faced with a threat, but will continue to work together calmly, surely, and with dignity,” the king said. “We must continue to trust ourselves. This is our strength.”

Photo via City of Brussels Police