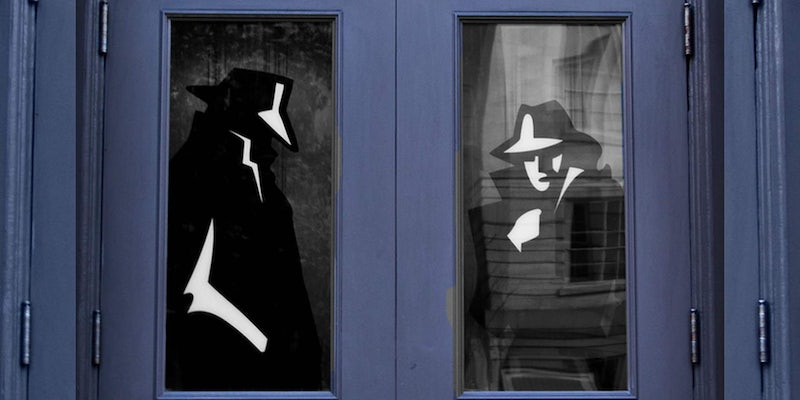 Privacy group will trade you $1,000 for spy agency execs’ fingerprints

People around the world have long been concerned that government spy agencies are collecting their personal data. Now, a privacy rights activist is looking to turn the tables and have top executives of government spook shops suddenly start looking over their shoulders.

Simon Davies, who runs the blog PrivacySurgeon.org and founded the influential privacy rights group Privacy International, is offering a $1,000 bounty to anyone who can provide him with biometric information from a senior intelligence officer of one of the ‟five eyes”—an alliance comprised of information surveillance agencies in the United States, Canada, Australia, New Zealand, and the United Kingdom.

‟Part of it is symbolic—citizen fightback at a moment when so many people feel there’s nothing that can be done to make their voice heard against the surveillance society,” explained Davies in an email. ‟And part of it is a serious message to security chiefs that personal information shouldn’t be subjected to a free-for-all. It’s a tiny effort, but if it means they are more paranoid when in a public place then an important message will have been received.”

Biometric data is any piece of information used to uniquely identify someone through their physical body. Things falling under this classification include fingerprints, hair follicles and skin flakes containing a person’s DNA.

Davies noted that any data he receives will be immediately destroyed since he’s only collecting the information in a order to prove a political point. He added that because collecting any kind of personal data can be a ‟legal minefield” he decided to only seek out biometric data rather than other types of personal information like phone numbers or home addresses that would also expose innocent parties.

While Davies advises anyone looking to collect the bounty to first familiarize themselves with the possible legal implications of their actions, he acknowledges that even simply issuing this bounty puts him at some degree of risk. ‟I have no doubt that in some jurisdictions I’m exposed to a charge of incitement to break the law. However campaigners make such judgments all the time, and you could never be an effective activist if you ran from every threat,” he insisted. ‟The consequences of arrest and prosecution are now so severe at a personal level that the effect has been to pacify entire populations. Given the terrible state of privacy globally, walking away isn’t a luxury that any serious campaigner can even contemplate.”

Ironically, while biometric information has been gathered on a large scale in the United States by agencies like the Department of Justice and FBI for years, there’s no evidence that the NSA is also doing so.

Dave Maass of the Electronic Frontier Foundation said that he hasn’t seen any specific instances of the NSA gathering biometric information, but speculated that such data collection is right in the agency’s wheelhouse. “The NSA seems to gobble up everything it can,” he said. “So I wouldn’t be surprised if something about biometrics comes out in the next [NSA whistleblower Edward] Snowden disclosure.”

This type of bounty has some precedent. After the government of the U.K. pushed for a mandatory national identification card containing fingerprint information in 2008, the activist group NO2ID offered a £1,000 reward for the fingerprint of then-Labour Secretary Jacqui Smith paid to the finder’s favorite charity. Smith’s prints were eventually lifted from a drinking glass she used while giving a speech later that year.

A similar successful effort by the hacktivist group Chaos Computer Club resulted in the publication of the fingerprint of German Interior Minister Wolfgang Schauble on a piece of plastic foil that people could take out and use on the type of fingerprint scanners Schauble had advocated as an anti-terror mechanism.

Davies said he has yet to receive submissions from anyone looking to claim his bounty.