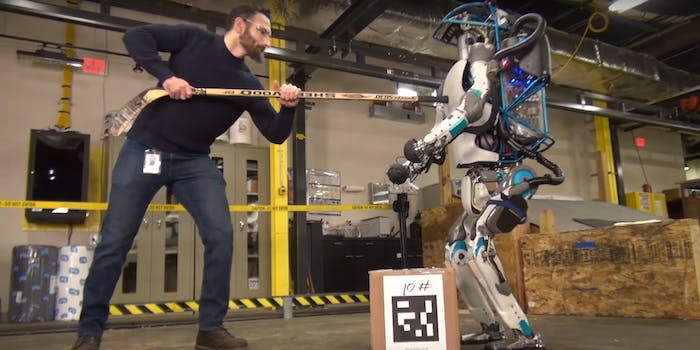 You’re never gonna keep it down.

We’re inching ever closer to the rise of our future evil robot overlords.

Boston Dynamics, which is owned by Google, has been creating a series of incredible but potentially terrifying robots for some time now, and the reveal of the latest version of its Atlas robot is no less chilling.

While Atlas was once attached with wires, it’s now gone completely mobile, with the ability to open doors, lift 10-pound boxes, walk on grass, and get back up again after it’s knocked down by the scientists who built it.

We’re not sure if it can do stairs just yet, but that final barrier might not last much longer.

If Atlas ever becomes self-aware and takes over the world, at least we have a good idea of who it might go after first.