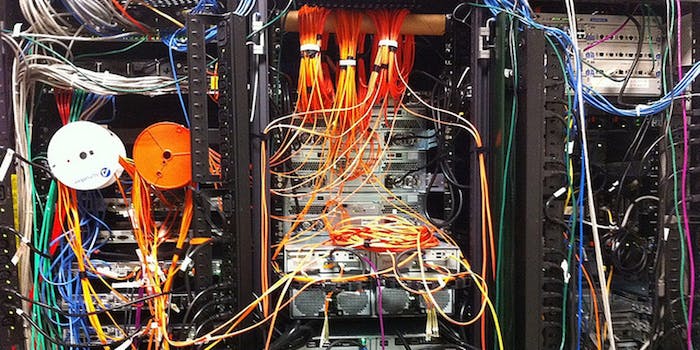 Could the newest revelations to come from Edward Snowden relate to a secret NSA spying program called BLARNEY?

Glenn Greenwald, the Guardian journalist who worked with whistleblower Edward Snowden to leak details of the National Security Agency’s Internet surveillance program, PRISM, told the Wall Street Journal yesterday that, “the majority of revelations that are significant have yet to be made.”

What this means, exactly, isn’t clear. Greenwald has said he won’t elaborate on that statement until the reporting is done.

There is, however, some cause for speculation.

Currently, the Guardian and Washington Post have made public only a handful of slides from the NSA’s 41-slide presentation on their intelligence gathering capabilities. If more slides are disclosed, they may provide further insight into a telephone metadata collection program known as BLARNEY, which was briefly mentioned in the Washington Post’s original story of the PRISM leak back on June 6.

“PRISM works alongside a parallel program, code-named BLARNEY, that gathers up ‘metadata’—technical information about communications traffic and network devices—as it streams past choke points along the backbone of the Internet,” wrote the Post.

According to the paper, the slides summarize the top secret BLARNEY program as “‘an ongoing collection program that leverages IC [intelligence community] and commercial partnerships to gain access and exploit foreign intelligence obtained from global networks.”

Since the leak, the Director of National Intelligence, James Clapper has acknowledged the existence of BLARNEY.

“The program does not allow the Government to listen in on anyone’s phone calls,” he wrote in a press release “The information acquired does not include the content of any communications or the identity of any subscriber. The only type of information acquired under the Court’s order is telephony metadata, such as telephone numbers dialed and length of calls.” (Considering the NSA pulled a misleading 15-point rundown from its website of why it can’t target Americans with the Foreign Intelligence Surveillance Act, there is some reason to question its description of BLARNEY.)

At this point, the Post article and Clapper’s statement provide essentially all the information we can link directly to the operation known as BLARNEY. However, the program—whose Irish name harkens back to the NSA’s cold war-era telegram surveillance operation, SHAMROCK—may in fact have been reported on years ago.

Back in 2006, details of a similar sounding program were leaked by a former AT&T employee, Mark Klein.

“The National Security Agency has been secretly collecting the phone call records of tens of millions of Americans, using data provided by AT&T, Verizon and BellSouth,” USA Today reported. “It’s the largest database ever assembled in the world.”

According to testimony by Klein, the NSA installed a splitting device at AT&T’s office in San Francisco that syphoned off all incoming data to a “Secure Room” on the floor below. “I learned that other such ‘splitter cabinets’ were being installed in other cities including, Seattle, San Jose, Los Angeles and San Diego,” Klein said.

As a Computer Network Associate at AT&T, Klein was privy to the hardware connection the NSA made with the company’s network, but less so to what the agency actually did with the data it collected. If in fact the BLARNEY slides are disclosed, they may shed light on not only on what specific data is harvested, but also on how it is used.

But until more of the NSA’s slides are revealed, we won’t know for sure.