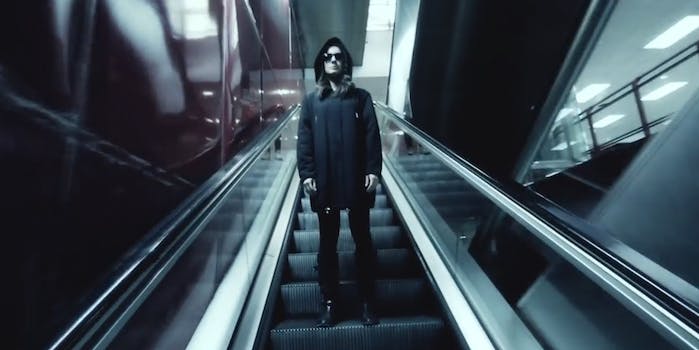 Is the Blackphone the first truly private smartphone?

“We have lost our privacy,” the phone's makers argue.

Blackphone, the first smartphone that “prioritizes the user’s privacy and control” will go on pre-sale Feb. 24.

According to the phone’s still sparse product details page, “the tools installed on Blackphone give you everything you need to take ownership of your mobile presence and digital footprints, and ensure nobody else can watch you without your knowledge.”

A collaboration between private communication app Silent Circle and Geeksphone, the device will apparently work with any major carrier and allow for users to trade secure phone calls, texts, files, and videos. The phone will also allow users to store files and browse the Internet without fear of being spied upon.

As with all devices promising security, Blackphone will presumably require that both participants of a text or voice conversation be using the product. In that sense, the phone’s success will hinge in large part on the degree to which it is adopted.

Blackphone’s promotional video claims that the phone will prioritize privacy, which has itself become a commodity for the first time in the digital age.

Much of this is due to the ongoing series of leaks by former intelligence contractor Edward Snowden that have revealed the National Security Agency’s massive online and telephone spying operations.

“We have lost our privacy,” the video argues. “We have become enslaved.”

Silent Circle made waves in the aftermath of Snowden’s leaks when it announced a secure texting app with no government backdoor. Later, the company joined secure email provider Lavabit to form the Dark Mail Alliance, a collaboration dedicated to building NSA-proof email alternatives.